More than 45,000 homes in the area around the coastal city of Bowen have lost power, according to government owned energy provider Ergon Energy, and residents were being warned to stay indoors and “bunker down.”

Soon after Cyclone Debbie made landfall, Queensland Premier Annastacia Palszczuk addressed residents: “This is a dangerous cyclone,” she said, according to the Guardian. “People must stay indoors. Please do not go outside, and please contact the emergency services for assistance. When they can help you over the phone, they will.”

Queensland’s police commissioner said one man had been hospitalized after being “hurt badly” by a collapsing wall in Prosperpine, a small rural town south of Bowen where the cyclone made landfall. There were other reports of some damage to buildings.

“We’re getting reports of roofs starting to lift, even in some of our own facilities in the Whitsundays,” said Queensland Police Deputy Commissioner Steve Gollschewski, according to the BBC.

At about 3 p.m. local time, the Bureau of Meteorology downgraded Cyclone Debbie to a Category 3 storm as it continued southwest out of Bowen. It said that the system was expected to carve a more southerly track over inland Queensland with the fiercest winds near its center weakening rapidly.

The day before, Australia’s Prime Minister Malcolm Turnbull had called in the country’s defense force to assist in emergency response and 25,000 people living in north Queensland had been told to evacuate in preparation for what could be the worst storm to hit the coast since Cyclone Yasi in 2011, the Guardian reports.

Cyclone Debbie threatened to trigger tidal surges that could inundate the low-lying coastal areas. The Bureau of Meteorology told ABC local radio that major and moderate flood warnings were in place for three rivers — the Pioneer, the Don and Proserpine.

“We do believe there will be significant structural damage, significant flooding. There will be electrical wires down and the community just need to ride out this storm,” The Queensland Fire and Emergency Services deputy minster, Mark Roche, said.

The cyclone passed over the Whitsunday Islands early Tuesday morning local time, hammering the island of Hamilton with wind speeds of up to 263km per hour. “The winds are absolutely howling, it sounds like a freight train coming through or a jet engine right on top of you just screaming,” a reporter on Hamilton Island told the Sydney Morning Herald. 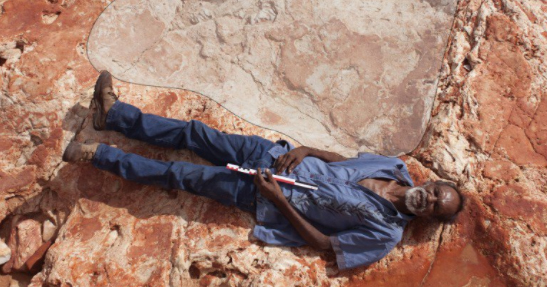