President Trump is “absolutely” willing to work with Democrats on other parts of his agenda after discord among Republicans torpedoed his plans to repeal and replace Obamacare.

White House spokesman Sean Spicer said Monday that Trump is already fielding calls from Democrats who are looking to develop a relationship with the Administration as the focus shifts from health care to tax reform and infrastructure spending.

“We learned a lot through this process,” Spicer told reporters.

The health care bill was pulled by House Republican leadership Friday as GOP moderates and conservatives fled from the controversial legislation. The White House and Speaker of the House Paul Ryan have laid the blame on the conservative House Freedom Caucus, which refused to get behind the bill despite earning significant concessions from the GOP drafters.

The failure of the bill raised new doubts about the entire Trump legislative agenda, which until that point had been predicated on the Republican Party’s unified control of the legislative and executive branches.

Spicer conceded that the shift to working with Democrats would mark a significant break by the White House, which believed it could rely on GOP majorities to pass legislation. He added that the White House is launching a postmortem to discover what went right and what went wrong with the health care bill.

Trump’s outreach to Democrats may be hampered by his past remarks. In January, he called Senate Democratic leader Chuck Schumer “head clown” of the party. His unfavorable rating among the Democratic grassroots, meantime, is at a sky-high 85%, according to one recent poll. 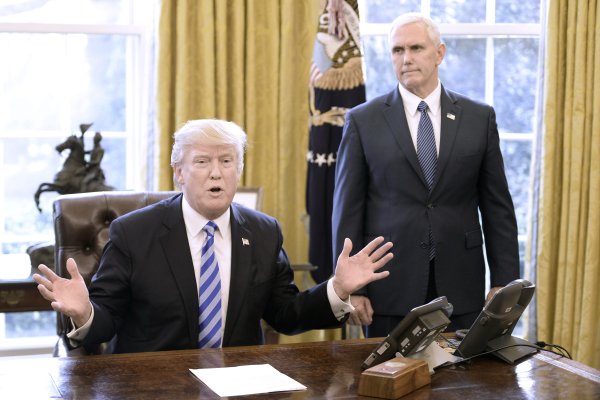