PlayStation 4 Pro owners should have one more feature to crow about shortly: 4K video playback is coming to Sony’s souped-up games console (read TIME’s review here) via a system update on March 27. With the update, users will be able to play 4K videos stored in MP4 format, whether from a USB stick or streamed from a home server.

For videophiles, the move may seem a half-measure, considering the system doesn’t support physical 4K Blu-ray media. But Sony has decided, I think wisely and ineluctably, that most users are abandoning physical media — or at least that the ostensible fringe uptake for 4K Blu-ray discs is irrelevant to sales of the console.

Microsoft’s less powerful Xbox One S does, curiously, support 4K Blu-ray playback, so there’s a market option for gaming videophiles. But the Xbox One S splits the difference against 4K gaming, which won’t be feasible until Xbox Scorpio arrives sometime this fall. Whether Microsoft’s formidable (on paper) counter to the PS4 Pro will itself support 4K Blu-ray playback is not yet clear.

If you’re rocking a PlayStation VR headset alongside your PS4 Pro, another upshot of the 4K playback update is that Media Player will now support 4K virtual reality content. PS VR is still restricted to 1920-by-1080 pixels, but Sony says “4K VR videos will be displayed in a higher image quality compared to HD VR videos.” (There’s a note here about now being able to capturing 4K footage, then being able to watch it through the PlayStation VR headset, which does indeed sound cool.)

The PS4 Pro can already stream 4K content from providers that support the format, meaning Netflix, Hulu, YouTube and so forth. But adding support for local content in MP4 format is a smart move that checks a vital box for 4K adopters, especially homebrew media wonks. 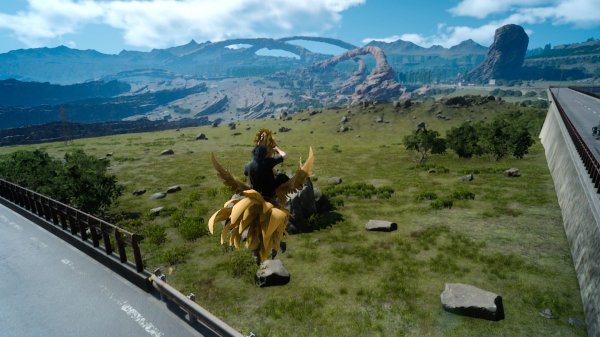