The family of an American tourist who was killed in the terrorist attack in London last week said they are inspired to think positively and not harbor hate against the assailant because it’s what their slain loved one would have done.

Kurt Cochran was one of four people who died after Khalid Masood plowed into a crowd of pedestrians on Westminster Bridge and then went on a stabbing spree outside Parliament last Wednesday, officials said. The 54-year-old Utah man and his wife, Melissa — who was injured but survived — were celebrating their 25th wedding anniversary.

“We know that Kurt wouldn’t bear ill feelings toward anyone and we can draw strength as a family from that,” Clint Payne, Cochran’s brother-in-law, said at a London news conference Monday, in remarks reported by Reuters. “His whole life was an example of focusing on the positive. Not pretending that negative things don’t exist but not living our life in the negative — that’s what we choose to do.”

More than a dozen of Cochran’s loved ones attended the news conference, where they spoke about the man who “tried to make the world a better place.”

“We’re thankful in a sense that everyone can know what an amazing person he really was,” said Shantell Payne, who is Melissa’s sister. 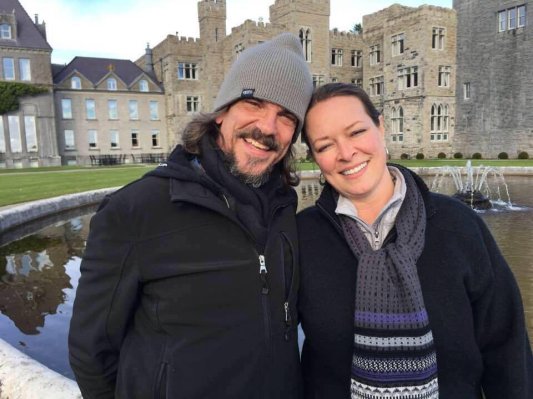 American Tourist Identified as One of London Terror Victims
Next Up: Editor's Pick