Still a bit dyspeptic about the way Square Enix changed things up late in Final Fantasy XV? There’s an update for that.

I can’t promise these fix every quibble, but updates 1.06 and 1.07 to the game have both dropped ahead of the first downloadable content pack, Episode Gladiolus, which you can play March 28 for $4.99 (or $24.99 if you buy the season pass, which includes future content and episodes). According to my PlayStation 4’s update history, the updates include more bug quashing, a few enhanced spells, two music tracks from Episode Gladiolus for the in-game music player, photo contest winners (viewable at one of the pit stops in the game) and the end of online “timed” quests (to resume “at a later date,” says Square Enix).

But most important of all is the addition of something called “Chapter 13, Verse 2.” I’ll try to explain this without spoiling anything: It’s essentially an alternative path through a certain late-in-game chapter that lets you control a different character. So basically a “Meanwhile in Eos…” thing designed to flesh out an experience that post-launch had befuddled and unnerved certain players. The free update includes new cutscenes designed to help clarify absent or confusing plot points.

Episode Gladiolus will itself broaden the “Meanwhile…” angle and partial narrative rethink, letting players play as protagonist Noctis’ pal Gladiolus, whose fighting style Square Enix describes as “emphasizing defence, blocking and counterattacks.” Players will also get to reconnoiter parts of the world that had previously been off limits. And once you’ve completed the episode, you can carry over certain items (to the main game) as well as access a pair of new gameplay modes.

It’s not clear when the remaining episodes (focusing on Noctis’ other companions) will drop, but Square Enix plans to release at least two more episodes as well as a cooperative multiplayer mode down the road. 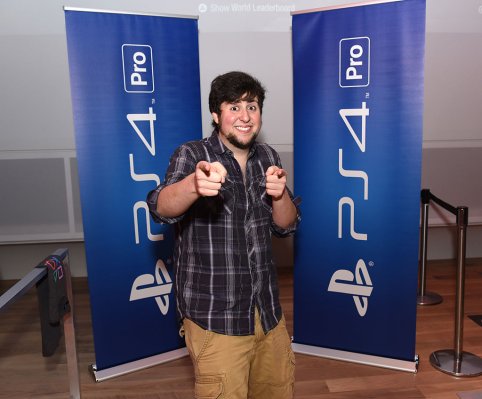 YouTube Star JonTron Removed From Yooka-Laylee After Inflammatory Comments on Race and Immigration
Next Up: Editor's Pick