An Australian Professor Has Been Reportedly Barred From Leaving China

A prominent Chinese studies scholar based in Sydney was reportedly barred from leaving China after visiting the country, prompting concerns from friends and an intervention from the Australian government.

According to the Australian Broadcasting Corporation (ABC), Chongyi Feng, an associate professor in Chinese studies at the University of Technology Sydney (UTS), was prevented from boarding Australia-bound flights leaving Guangzhou. He was reportedly stopped twice in as many days last week.

It is unclear why Feng has been barred from leaving the country, and he did not discuss his circumstances while speaking to ABC. According to his laywer, Chen Jinxue, Feng has not been formally arrested or charged, reports the New York Times.

Both UTS and the Australian government have reached out to Feng’s family, while the latter has also been in touch with the Chinese government about his case.

“UTS has been in regular contact Dr Feng, who has assured the University that he is fine, and that although he is currently unable to leave China, for reasons we do not yet understand, he nonetheless has freedom of movement in China and freedom of communications,” says UTS in a statement.

Citing two Chinese lawyers in touch with him, the Sydney Morning Herald reports Feng was “advised verbally” by Chinese security police that he was “under suspicion of threatening state security,” but could freely travel within the People’s Republic. The ABC reports that Feng had no problems entering and leaving China before this.

According to the ABC, Feng is a prominent figure in the Chinese-Australian community, and has been vocal about how Beijing could be exerting its influence in Australia through Chinese-language media. 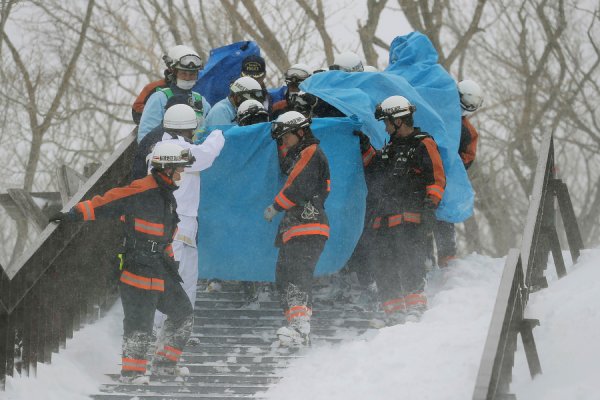 Students Feared Dead After Japan Avalanche
Next Up: Editor's Pick