President Trump Was at a Golf Course Again This Weekend

President Trump was back at one of his golf courses again Sunday.

Trump held three meetings on Sunday at the Trump National Golf Club in Virginia, according to a pool reporter. He also spent Saturday at golf club meetings as well. It’s not clear if he actually played golf. The White House declined multiple requests to tell pool reporters on duty whether or not Trump played.

White House Press Secretary Sean Spicer recently defended the president’s golf outings by saying he takes meetings and calls at the club. Previously, White House officials avoided saying Trump was playing golf until a photo of him wearing a golf glove was released.

Correction: The original version of this story incorrectly described Trump’s visit to the Trump National Golf Club in Virginia. He was there, but it’s not clear if he actually played. 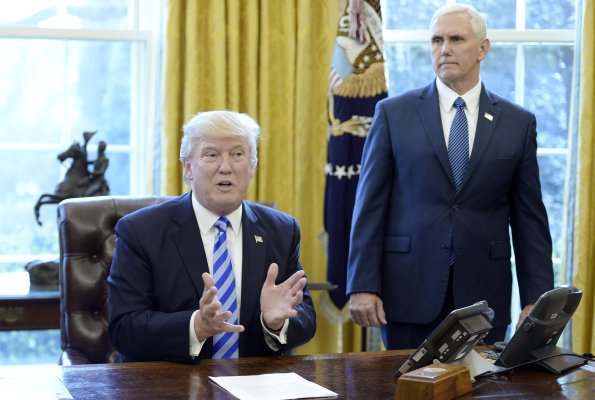 President Trump: It's the Democrats' Fault the Health Care Bill Failed
Next Up: Editor's Pick