A United Airlines gate agent at the Denver International Airport refused to let multiple women wearing leggings board a flight Sunday because they weren’t adhering to the company’s dress code — prompting outrage on social media from people who called the policy sexist.

“She’s forcing them to change or put dresses on over leggings or they can’t board,” Shannon Watts, who was waiting at a gate at Denver International Airport, tweeted. “Since when does @united police women’s clothing?”

Watts, founder of the Moms Demand Action campaign, said the female gate agent turned away two young women for wearing leggings because they didn’t have anything to change into. A third girl was let on to the flight because she had a dress in her bag. Watts claimed one of the girls was as young as 10, although it was not confirmed.

In a tweet replying to Watts, United said it “shall have the right to refuse passengers who are not properly clothed via our Contract of Carriage.”

The airline then released a second statement on Twitter, attempting to clarify why the girls were prevented from getting on their flight.

According to the contract, the airline can refuse to let a passenger board if he or she is “barefoot or not properly clothed.” It did not specify what “properly clothed” meant. There is also a specific section pertaining to pass travelers, who are required to follow a specific dress code that includes a ban on spandex. The girls who were turned away were standby pass riders, or people traveling as relatives of a United employee.

Many took to Twitter to express outrage over the so-called leggings ban — with some even vowing to stop flying with United.

It is unclear if other airlines have similar policies. 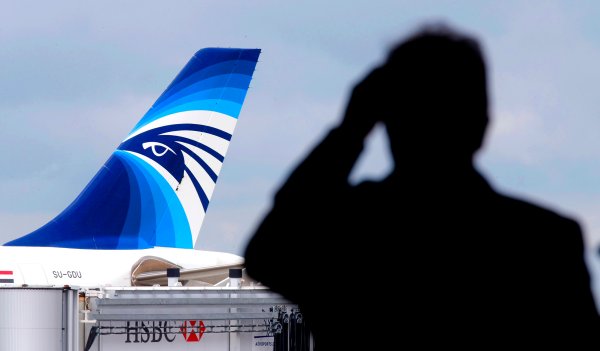 Why the U.S. Is Cracking Down on Gadgets In Airplane Cabins
Next Up: Editor's Pick