President Barack Obama waves as he exits the White House before boarding Marine One on Nov. 6, 2016 in Washington, D.C.
Zach Gibson/Getty Images
By Katie Reilly

The failure of the GOP health care bill Friday marked the latest instance of the Affordable Care Act surviving its challengers.

For as long as it’s been in place, the bill has faced challenges by political opponents. Here’s a look at the other times the health care law survived a near-death experience:

Former Massachusetts Sen. Scott Brown, a Republican, was voted into office in January 2010 in a special election to fill the seat long held by Democratic Sen. Ted Kennedy. Brown campaigned on a promise to be the 41st vote against the Affordable Care Act — a number that would enable Senate Republicans to filibuster the bill.

When Brown was elected, the bill had already passed the Senate and was under consideration in the House. While some House Democrats wanted to make changes to the legislation, they knew that would send it back to the Senate for approval, where Republicans could filibuster. Looking to avoid that scenario, the House Democrats passed the bill as it was, without a single Republican vote.

2010: Republicans win back the House

Republicans won control of the House in 2010, propelled in part by a promise to roll back the Affordable Care Act.

“If all of Obamacare cannot be immediately repealed, then it is my intention to begin repealing it piece by piece, blocking funding for its implementation and blocking the issuance of the regulations necessary to implement it,” House Republican whip Virginia Rep. Eric Cantor said at the time, according to the New York Times.

Cantor vowed to “use every tool at our disposal to achieve full repeal of Obamacare.”

In June 2012, the U.S. Supreme Court upheld the Affordable Care Act by a vote of 5 to 4, handing another victory to Obama and Democratic lawmakers. The ruling held that it was legal for the law to require Americans to purchase health insurance or pay a penalty.

Chief Justice John Roberts was the deciding vote in what TIME called “the biggest case of his career.”

Like his fellow Republicans, Mitt Romney campaigned on a promise to repeal the Affordable Care Act if he won the 2012 presidential election, and he doubled down on the pledge after the Supreme Court ruling.

“Our mission is clear: if we want to get rid of Obamacare, we are going to have to replace President Obama,” Romney said on June 28, 2012, according to the Times. “That is my mission. That is our work. And I’m asking the American people to join me.”

But Romney lost the election, and Obama served a second term.

2014: Republicans win control of the Senate

Republicans won control of the Senate in the 2014 midterm elections, giving the GOP a majority in both legislative chambers. Like House Republicans in 2010, they built a campaign strategy out of opposition to “Obamacare.”

In June 2015, the Supreme Court again upheld a key part of the health care law, handing down a 6-3 decision that allowed the federal government to provide tax credits to help qualifying Americans buy health insurance.

“We really should start calling this law Scotus-care,” conservative Justice Antonin Scalia, who wrote the dissenting opinion, said at the time.

Trump repeatedly promised to repeal the Affordable Care Act during his presidential bid. The failure of the GOP health care bill on Friday represented the first blow to that pledge.

“Perhaps the best thing that could happen is exactly what happened today because we’ll end up with a truly great health care bill in the future after this mess known as Obamacare explodes,” Trump said Friday afternoon. 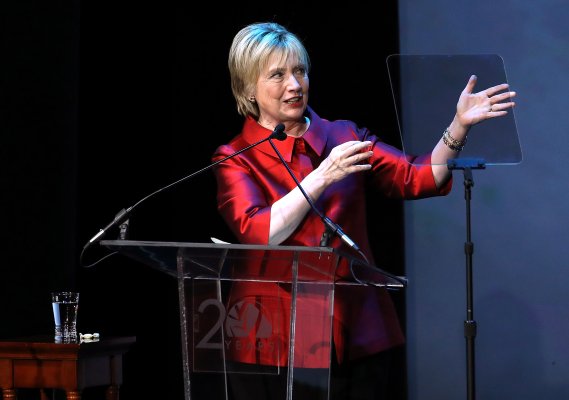 Hillary Clinton on GOP Health Care Bill Failure: 'Today Was a Victory'
Next Up: Editor's Pick