We’ve long been used to talking to our technology. Apple’s Siri first launched six years ago, after all. But industry experts say that entirely voice-controlled gadgets, like Amazon’s Echo smart speakers, are getting us more comfortable than ever with bossing around our tech.

The Echo works like this: You put one in your home and connect it to your Wi-Fi network. Then, after a bit of customization, you’re able to order it to do certain tasks using one of several “wake words,” like “Alexa.” You might ask the Echo for the latest news or weather, for instance. Third-party Echo apps, which Amazon calls “Skills,” make it possible to order a pizza from Domino’s or request a ride from Uber.

Following the success of the Echo, Amazon is bringing its voice-activated assistant to all manner of devices, from refrigerators to cars. Meanwhile, companies like Google and Microsoft are embedding their own virtual helpers in speakers. But it’s still Amazon’s Echo speakers and artificial intelligence software, called Alexa, that many experts consider to be leading the pack.

Yet much of the Echo’s utility is dependent on those third-party skills. There are now 10,000 such skills, up from 7,000 just three months ago — so clearly developers are interested in the platform. But some observers argue many of these skills aren’t actually all that useful. A January report from analytics firm VoiceLabs suggests there’s only a 3% chance users who download voice apps for their Amazon Echo or Google Home will reuse that app a week later. Both Gizmodo and The Los Angeles Times have lamented the Echo’s lack of worthwhile skills, with the Times’ Michael Hitlzik writing that Amazon’s speaker is “still waiting for its killer app.”

Alexa developer Jonathon Myers, who designed an interactive storytelling app called EarPlay, says users and programmers alike are still figuring out the best ways to use devices like the Echo. He likened the current state of affairs as similar to the early state of the Internet. “You would find a lot of pages that were just very confusing that you couldn’t get through,” he says.

How can Amazon make life easier for developers, and help them make better Echo skills? Here’s a look at four improvements that developers want.

Right now, hailing an Uber or ordering a Starbucks coffee through the Echo sounds like this: “Alexa, ask Uber for a ride,” or “Alexa, tell Starbucks to start my order.” Justin Kovac, founder of Pargee, which makes a 7 Minute Workout skill for Alexa, believes giving developers more flexibility when choosing the phrase needed to activate their skills could make interacting with the Echo easier. For example, the Domino’s app might benefit from users being able to say “Alexa, order pizza” rather than “Alexa, open Dominos and place my Easy Order” to get a pie.

“When you have to remember a script, you’re an actor now,” says Kovac.

Some apps already benefit from such simple voice controls. It’s possible, for instance, to use the Echo to activate Internet-connected lights by saying, “Alexa, turn on my living room lights.” But this type of functionality is currently limited to smart home devices and music playback. A spokesperson for Amazon says the company is exploring ways to improve this.

A potential drawback here is that allowing multiple trigger phrases would increase the chance of overlap between apps. If you have both Pizza Hut and Domino’s Echo apps installed, for instance, they might confuse one another when you ask to order a pizza. “Just trying to avoid everyone stepping on each other’s toes is another challenge,” says Kovac. But he argues that users could be allowed to pick default choices for certain requests.

If you’ve got an Echo in your living room or kitchen, you’re probably used to sharing it with your roommates or family members. And while it’s possible to play multiplayer games like trivia challenges, the device is really designed as a single-person experience. Some developers would like to see this change. “Being able to have several people in a room together interacting with the device, that’s a feature I think very much is in demand,” says Myers.

One way to make the Echo more social: Enable it to distinguish between different people’s voices. TIME exclusively reported last month that Amazon has been developing such a feature, known internally as Voice ID. While the company hasn’t confirmed any plans to bring new social-focused capabilities to the Echo, reports from The Wall Street Journal and Recode also indicate that phone calling and an intercom system could be coming to Amazon’s speaker in the future. When contacted by TIME about these features and others mentioned in this story, an Amazon spokesperson said she could not speculate on the company’s future plans.

Numerous industry experts have called voice interaction the next evolution of the way we use computers. Still, the Echo is missing a feature that’s been a monumental part of the smartphone experience: notifications. The Echo doesn’t speak or provide information unless it hears a trigger phrase. A report from The Information suggests Amazon is working on adding audio notifications to the Echo, but the company hasn’t yet announced any official plans to introduce such a feature.

The addition of notifications could make skills that provide the weather or sports scores more useful. But both Amazon and Alexa developers will have to make sure users have enough control over which notifications they hear and how often they hear them to prevent them from becoming annoying. “It’s a gray area,” says Kovac. “Do you want it going off for every one of your skills?”

Some Echo skills, like The Magic Door, a story-driven interactive game, feature voice actors who play the roles of various characters. But Amazon currently allows pre-recorded audio to play for only 90 seconds, which restricts the apps’ writers. “We have done a lot with that, but it’s a limitation,” says Andy Huntwork, who co-created Magic Door with his wife Laura Huntwork.

A version of Alexa that’s more vocally expressive could also improve the quality of skills like Magic Door, says Laura Huntwork. “We can add pauses in places to make it sound a little more realistic,” she says. “But it would be nice to see her improve and become more of a real person over time [in terms of] the way she talks.”

Taken together, these changes could help Amazon achieve its goal of making the Echo and Alexa the ultimate home assistant. And they would satisfy outside developers, whose contributions can make or break a platform — just think of how many non-Apple or non-Google smartphone apps you use and love. But more importantly, they would make the Echo and Alexa more useful, and better products overall. 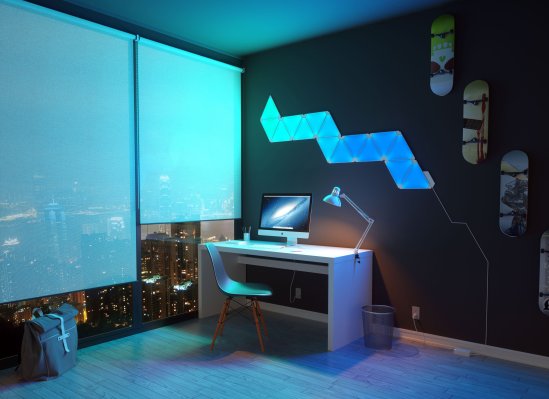 I Found the World's Coolest Nightlight For My Son
Next Up: Editor's Pick