Philadelphia Eagles Owner: It’s Time for Washington to Act Like an NFL Team

What do football, political polarization and autism have in common? They all illuminate aspects of the human condition, explaining who we are, where we are headed and the hurdles along the way. As a sports team owner I rarely publicly discuss politics, but as a member of a family touched by autism, I often think about the unspoken millions of people who live with the daily challenges of this disorder.

Thanks to the marriage of information and technology, disparate populations have a vast array of ways to receive information, an unlimited capacity to communicate and the ability to deliver a call to action to millions of people any second. The genuine democratization of ideas is obviously a positive result, but that’s not the whole story.

We are simultaneously experiencing a dysfunctional jolt to all that is political, cultural, social and economic. In this harsh environment, the real problems we face, the basic human needs that are unmet, become tools to divide us instead of causes to rally around. The very quality of human life — that most precious, wondrous and fragile experience of discovery — becomes the unwanted victim of our evolution into the abyss of spiraling dysfunction.

What I have learned from football can be applied to society at large. Just as we intensely game-plan against an opponent in sports, we need to game plan for the reality and consequences of polarization. Extreme polarization is the opponent — not each other. A football team is made up of players from a wide variety of backgrounds, experiences and political viewpoints. What unites them is grit, determination, and the desire to win. They join in a common goal and do what is necessary to transcend their differences for the greater good of their team.

What unites Americans is far more negative. We are now in an age where communicating verifiable information becomes secondary to the goal of creating a common enemy that unifies people in fear, negativity and opposition. This masks our inability to solve serious domestic problems (poverty, violence and institutional racism to name three current examples) and diverts our attention from obvious suffering.

Finding the antidote to political paralysis will depend upon identifying those human conditions that naturally unite our efforts. As in sports, the players (us) must strive for a higher calling, overcoming such aptly named “political footballs” that undermine our quality of discourse and our quality of life.

So now, let’s talk about autism as one example. We are in the midst of the single largest developmental disorder epidemic in our country and around the globe. Autism is now being identified at a rate of 1 in 68 births. The costs of treatment and services needed are beyond the abilities of most families. The disorder touches every socioeconomic, racial and gender grouping. Historically, it has been underfunded and hence, under-researched and misunderstood. But with a more comprehensive research agenda, we can uncover both the genetic and environmental influences on brain development which will have enormous implications for autism and other developmental disorders.

We have the opportunity, right now, to do what America is great at: devoting the best minds and necessary resources to tackle the human puzzles that cause so much suffering. Artificial intelligence, computer science, advanced data mining, biomedical science, genetics … the list goes on and on where our country is at the forefront and our people are ready to engage.

All we are lacking is leadership. Imagine if Republicans and Democrats put down their swords just for a day to create a comprehensive multi-disciplinary, multi-occupational effort to solve the mysteries of Autism and uncover groundbreaking treatments. Imagine how we would benefit from understanding aspects of the autistic brain that can include rare mathematical, creative and other cognitive abilities that may well enhance our own brain power and human potential. We might even excite our global rivals to join this united effort.

Fortunately, there are thousands of scientists, clinicians, advocates and even some politicians with the grit and determination of an NFL athlete to make life better for those around them. We come from all sides of the political spectrum, we root for opposing teams on Sundays, but our desire to improve the human condition is our rallying cry. Sports and science have always been great unifiers. Autism isn’t the only disorder in search of a cure, of course, but wouldn’t it be great if the fragility in some becomes a source of strength for all.

Lurie is the Chairman and CEO of the Philadelphia Eagles. He has a Ph.D in Social Policy from Brandeis University. 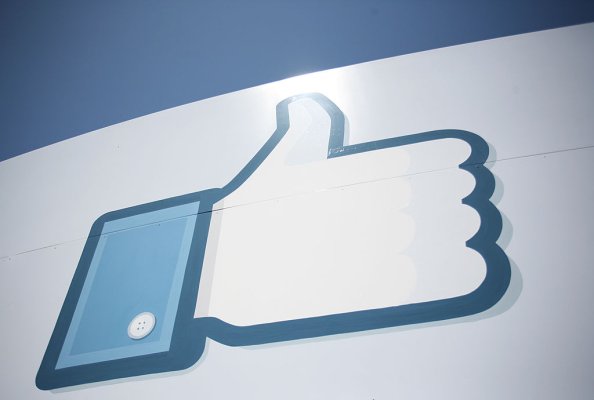 The Like Button Ruined the Internet
Next Up: Editor's Pick