Reminder: The House Voted to Repeal Obamacare More Than 50 Times

After a contentious debate Friday, Republican leaders in the House of Representatives canceled a vote on a Republican replacement for the Affordable Care Act.

That came after the House voted to repeal or amend the Affordable Care Act more than 50 times since it was passed in October 2009.

According to a Washington Post analysis, by March 2014 they had already voted on it 54 times, including measures to undo, update to change it. Republicans took control of the House in 2011, and on January 19 of that year they voted on, and passed, a measure to repeal all of the Affordable Care Act. (It was never considered by the Senate).

Other measures weren’t as far-reaching, as in March 2014 when the House passed an act meant to ensure that volunteer firefighters aren’t counted as employees under the ACA’s shared responsibility provisions.

But Friday was supposed to be the date of the most serious effort to repeal and replace the law, since Republicans control the House, the Senate and the White House. But Speaker Paul Ryan decided to pull the bill after House Republicans didn’t coalesce behind the plan and the measure looked doomed to fail.

“This is our moment,” White House press secretary Sean Spicer said Friday, outlining the stakes of this vote. “This is our opportunity to do it, but it is now up to members to make that decision whether or not they want to be part of this effort to repeal Obamacare.” 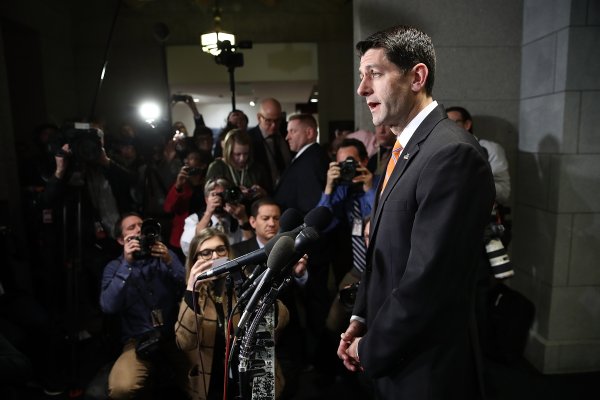 House Republicans Withdraw Health Care Bill Due to Lack of Support
Next Up: Editor's Pick