This Week Was One Big ‘Still Not Equal!' Memo to Women

Four studies released this week show how far we have to go in achieving gender parity.

Several new analyses shed light on how women fare in media, museums, academia, business and politics. While women have gained ground in some areas, such as leading more art museums across the country, the data is a sobering look at who needs to do more and better by womankind. Here’s what the numbers show.

Media: The report, conducted by the Women’s Media Center, analyzed 24,117 pieces of content produced between Sept. 1 and Nov. 30, 2016 at 20 news organizations and found that men produced 62.3% of the content. The report also found that the number of women in broadcast media, which had a higher gender gap than newspapers, online media and wire services, actually decreased since Women Media Center’s previous analysis. Read more about the report here.

Government and business: The Pew Research Center released new data that showed women only constitute 19.4% of U.S. Congress and 24.8% of state legislatures. The data also showed that further, only 27 women run Fortune 500 companies, a slight increase from last year. Read more about the data here.

Museums: A study conducted by the Association of Art Museum Directors found that only one woman holds the top title at the largest 13 museums in the United States. The report isn’t all bad news: the industry as a whole is close to achieving gender parity with women leading 48% of all art museums. But female museum directors at institutions with budgets over $15 million make 25 cents less on every dollar than their male counterparts. Read more about the report here.

Academia: A Chronicle of Higher Education survey, which looked at 4,500 colleges across the country, found that female professors brought home about $18,200 less than men who held the same posts. That pay gap has actually widened by $500 since 2014. Read more about the study here. 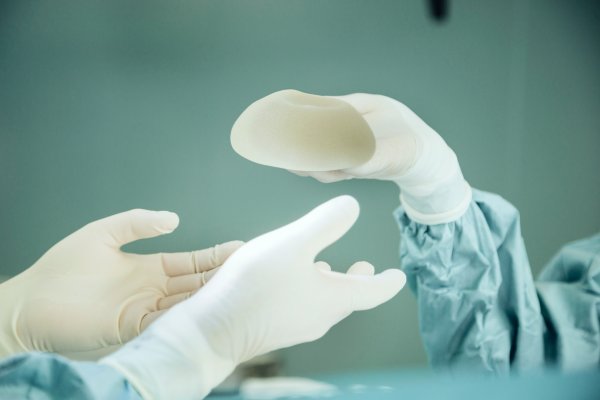 Breast Implants Linked to Rare Cancer
Next Up: Editor's Pick