'Faith in Humanity Restored.' A Firefighter Brought a Dog Back to Life With CPR

A lifeless dog that was pulled out of an apartment fire in California was brought back to life after a firefighter performed mouth-to-mouth resuscitation on it earlier this week.

Santa Monica firefighter Andrew Klein’s life-saving efforts were captured in photographs and videos Tuesday and have been getting attention from across the country. The small dog, named Nalu, was not breathing and didn’t have a pulse when firefighters pulled him out of his blazing apartment, the Santa Monica Fire Department said in statement. The animal was “overcome by heat and smoke,” fire officials said.

Klein performed CPR on the dog and gave him oxygen through an oxygen mask designed for pets, the department said. Video footage shows Klein and other first responders lightly petting him and coaxing him to wake up until the animal begins to stir.

Nalu began breathing on his own and regained consciousness about 20 minutes after being receiving CPR, fire officials said.

“It was pretty amazing because I’ve been on a number of animal rescues like this that did not come out the same way that Nalu’s story did,” Klein told KTLA 5. “It was definitely a win for the whole team and the department that we got him back.”

Billy Fernando, the photographer who snapped images of the resuscitation, shared the photos on Facebook and praised the firefighter for bringing the dog “back to life.” 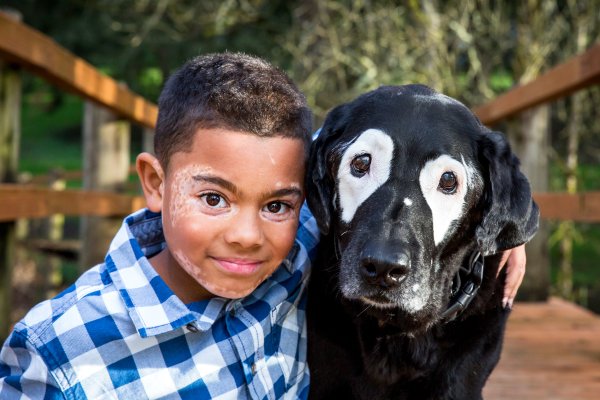 National Puppy Day 2017: Here Are 5 Brave Dogs That Saved a Child's Life
Next Up: Editor's Pick