A grizzly bear is pictured in its enclosure at the Alaska Wildlife Conservation Center in Portage, Alaska on Aug. 22, 2005.
Daniel Acker—Bloomberg/Getty Images
By Tessa Berenson

The Senate voted this week to abolish a rule restricting certain hunting practices on national wildlife refuges in Alaska— including trapping, baiting and aerial shooting of animals like wolves and grizzly bears.

The Tuesday vote was almost entirely along party lines, with Republicans voting to undo the Obama Administration’s restrictions and Democrats voting against the measure, the Washington Post reports. At its core, the issue was whether the federal government or the states should have the power to establish these rules.

Republican Alaska Sen. Lisa Murkowski said wildlife regulations are central to Alaska’s power as a state. “It was all about fish, it was all about salmon. That’s one of the reasons we fought for statehood,” she said.

Democratic New Mexico Sen. Martin Heinrich spoke against the measure, arguing that undoing these hunting restrictions would “turn back the clock 100 years on the management of our native wildlife on our national wildlife refuges in Alaska” and that it would “put the federal stamp of approval on methods of take that the public views as objectionable—even unethical.”

The House already voted last month to abolish the hunting restrictions, NPR reports, so the bill will now head to President Trump to sign. 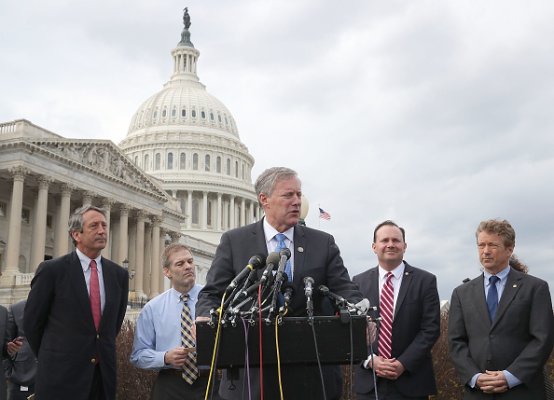 The Biggest Obstacle to Repealing Obamacare: Conservatives
Next Up: Editor's Pick