An upcoming auction of John F. Kennedy’s little-known diary has put a focus on his view of Adolf Hitler.

The 61-page diary, which historians believe is the only one Kennedy ever kept, comes from his days as a Hearst newspaper reporter shortly after World War II. Fresh off his time in the Navy, then-28-year-old Kennedy headed to Europe, where he traveled with English Prime Minister Winston Churchill and then to the Potsdam Conference in Germany with Navy Secretary James Forrestal.

“You can easily understand how that within a few years Hitler will emerge from the hatred that surrounds him now as one of the most significant figures who ever lived,” Kennedy wrote in his diary in 1945.

“He had boundless ambition for his country which rendered him a menace to the peace of the world, but he had a mystery about him in the way he lived and in the manner of his death that will live and grow after him,” he added. “He had in him the stuff of which legends are made.”

Kennedy made his notes about Hitler after visiting what had been the dictator’s mountaintop retreat, just months after Germany surrendered to the Allied Forces. Years later, Kennedy would address crowds in Berlin as U.S. President.

The diary will be sold at RR Auction in Boston by Deidre Henderson, who served as Kennedy’s research assistant when he was a Senator. Kennedy gave the diary to Henderson. Though Henderson published its contents in a 1995 book, the upcoming auction is the first time the original pages have been up for sale.

But, though Kennedy’s comments about Hitler could be misinterpreted to imply that he was impressed by the Nazi dictator, further examination of Kennedy’s views reveals that he was addressing the objective importance Hitler’s place in history, Henderson explains in the auction description. “When JFK said that Hitler ‘had in him the stuff of which legends are made,’ he was speaking to the mystery surrounding him, not the evil he demonstrated to the world. Nowhere in the diary, or in any of his writings, is there any indication of sympathy for Nazi crimes or causes,” she wrote.

Other passages in the diary include Kennedy’s thoughts on Russia, radicals at home and Churchill.

The diary will go on the auction block on April 26, and the winning bid is expected to be around $200,000, according to CBS News. 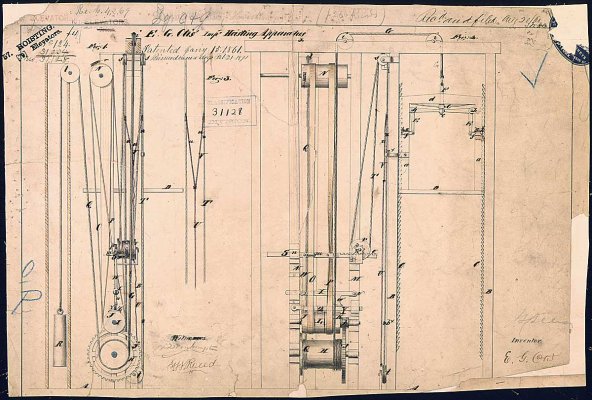 This Is the Patent for the Device That Made Elevators a Lot Less Dangerous
Next Up: Editor's Pick