This Teen Jumped Into Crocodile-Infested Waters to Impress a Girl. It Did Not Go Well

An 18-year-old is recovering from broken bones and scarring after he jumped into crocodile-infested waters in northern Queensland, Australia, to impress a young female backpacker.

Shortly after entering the water, Lee De Paauw, was – unsurprisingly – attacked by a crocodile. The predator bit down on one of his arms and attempted to take him under, but fortunately De Paauw managed to fend the creature off and escaped relatively unscathed.

“I punched it in the snout and on my second hit I got it straight in the eye and then it let go,” he told 9 News Perth. When asked how he would describe his actions, De Paawu simply said: “Stupidity.”

Sophie Paterson, the woman Du Paauw was attempting to impress, compared the incident to the blockbuster movie Jaws. “You’ve seen Jaws,” she said. “It was kind of like that. There was a lot of blood, a lot of bone, it was pretty horrendous.” Watch the full clip below. 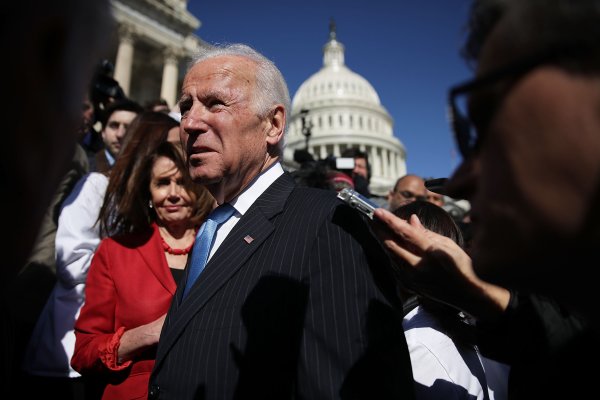 Joe Biden Met a Cute Dog Named Biden and It Was Adorable
Next Up: Editor's Pick