In the wake of the third day of Neil Gorsuch’s confirmation hearings to become a Supreme Court justice, Republicans and Democrats have blamed each other for partisanship on the committee. But it was the Republicans who Seth Meyers slammed for their attitude toward President Donald Trump’s nominee.

Following “A Closer Look” at the ongoing investigation of the Trump team’s potential ties to Russia and the president’s false wiretapping claims, the Late Night host dissected the cheerful demeanor of several GOP senators throughout Gorsuch’s testimony.

“Republicans were probably so giddy during the hearings because they knew they were getting away with one of the greatest thefts in modern politics, the stealing of a lifetime appointment to the Supreme Court from President Obama,” Meyers said. “And on top of that they got a conservative nominee who’s shared very little about his actual views.” 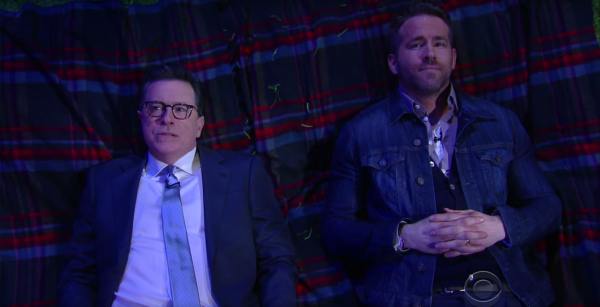 Watch Ryan Reynolds Make Fun of Himself About Green Lantern With Stephen Colbert
Next Up: Editor's Pick