The Surprising History of Cherry Blossoms

People enjoy the last day of Hanami, a traditional picnic between family, friends or colleague to enjoy the cherry blossoms in Tokyo's Shinjuku Park on April 6, 2016.
David Mareuil—Anadolu Agency/Getty Images
By Olivia B. Waxman

The calendar, if little else, says spring is here. Although many flock to see cherry blossoms, that reliable harbinger of the season, history shows these buds are more than just pretty flowers.

For centuries people in Japan have celebrated gathering under cherry trees when they’re fully flowered. Because the buds tend to bloom all at once and wither quickly, they became a symbol of “something that’s evanescent and fleeting”–something that, echoing Buddhist principle, must be enjoyed before it’s too late, says Bruce L. Batten, a historian of Japan.

That idea made cherry blossoms appealing as military symbols; personnel were told it was an honor to “die like beautiful falling cherry petals” during the era of imperial expansion in Japan, which stretched from the 19th century through World War II, says Emiko Ohnuki-Tierney, author of Kamikaze, Cherry Blossoms, and Nationalisms: The Militarization of Aesthetics in Japanese History. Many cherry trees were planted during that period, and their image on army and navy insignias helped cement the association between Japan and the cherry blossom. At the same time, cherry trees were planted to console the souls of soldiers. Eventually they became a symbol of peace, not war.

Today cherry trees can be seen as a sign of something else. Because there is a record of the celebration of their blossoming, they have become indicators of climate change as shorter winters nudge the peak bloom to earlier and earlier dates. “That is unambiguous evidence,” Batten says, “that things are getting warmer.”

For more of these stories, visit time.com/history 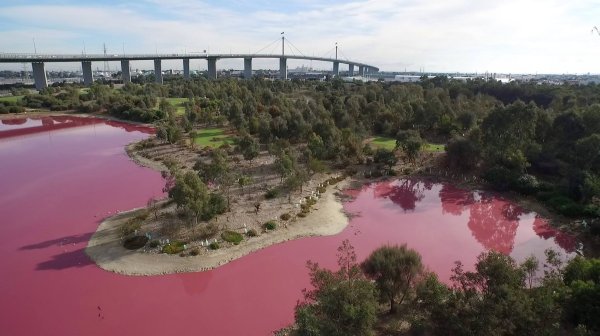 See the Lake That Turned Bright Pink in Striking Natural Phenomenon
Next Up: Editor's Pick