In Life, the Blob from Mars Is Small and Very Scary

Claustrophobia, paranoia, loneliness, fear of a hostile takeover by anyone or anything. Whatever your anxiety, Daniel Espinosa’s polished space thriller Life is designed to tease it out. Jake Gyllenhaal’s space doctor David is part of a six-person crew parked at a research station somewhere between Earth and Mars. He and his fellow space travelers–among them Rebecca Ferguson’s cucumber-cool CDC rep Miranda and Ryan Reynolds’ wisecracking fix-it guy Rory–have collected some nice red-soil samples from our neighboring planet. Now Hugh (Ariyon Bakare), the crew’s botanist-geneticist, is dropping bits of liquid on them to see if he can summon any signs of life. As if that’s ever been a good idea.

At first all he sees is a harmless-looking blob, a microscopic single-cell organism sporting a couple of whiskery flagella. Earth children, in contact with the space station via satellite, name it Calvin. Before long it grows into an iridescent tadpole-orchid hybrid that grabs on to Hugh’s gloved finger adorably. “Its curiosity outweighs its fear!” he exclaims. Meanwhile, those of us who have seen a sci-fi horror movie in the past 40 years–or, for that matter, ever–are shrinking in our seats. Or trying to climb atop them.

There probably isn’t a single element of Life that you haven’t seen before. And like so many movie creatures these days, our little protozoan turned predator owes a debt to Swiss artist–and Alien critter creator–H.R. Giger. What matters more is how Espinosa (Safe House, Child 44) shuffles and recombines familiar elements, more often stoking slow-burning terror than goosing us with jump scares. (Although he does toss in a few of those.) Part of what makes Life so unsettling is how eerily calming much of it is. The station is a nest of corridors rendered in soothing pearl-gray tones. When the crew members slip into their little space pods for a night of shut-eye, the unknowability of the galaxy becomes a cozy whisper.

But when Life jolts awake, the tension is almost unbearable, right up to the brooding, cautionary ending. This is an effective and unsettling piece of filmmaking, partly because Gyllenhaal has one of the most sympathetic faces in movies today–it’s haunted and haunting. His David is the super-principled guy who’ll do anything to save everyone. But he also tells Miranda that he prefers floating in the sky to living on Earth: “I can’t stand what we do to each other down there.” For him, space is the place. But it’s still no respite from a troubled world. 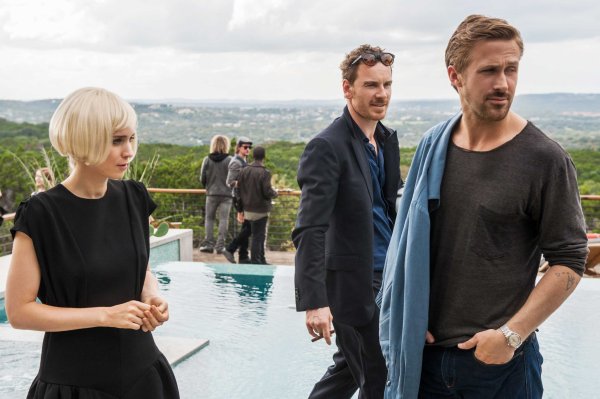 Tiny Dancers Abound In Song to Song
Next Up: Editor's Pick