His party’s poll bump and 13,000 new members have been dubbed the “Schulz effect”
Michael Gottschalk—Getty Images
By Tara John

Martin Schulz, the former European Parliament President, is set to challenge Germany’s Chancellor Angela Merkel in national elections for the country’s top job on Sept. 24. As he gears up for the contest, the 61-year-old is being compared to U.S. Senator and former Democratic presidential hopeful Bernie Sanders. Here’s why.

Schulz’s Social Democratic Party (SPD) has been in coalition with Merkel’s Christian Democratic Union (CDU) since 2013. Now the SPD hopes his everyman roots–he dropped out of high school and overcame alcoholism before entering public life–and his status as a relative outsider in German politics–he spent over a decade at the European Parliament–will draw enough support for the party to govern without the CDU.

Popular with younger German voters and the SPD’s working class base, Schulz has vowed to close the gender pay gap in Germany and legalize gay marriage. A committed Europhile, he has attacked the right-wing populists who have been gaining ground across the continent, calling the anti-E.U. and anti-immigration Alternative for Germany party a “disgrace.”

With Schulz in the ring, the SPD has seen a surge in support, overtaking the CDU in one recent poll. But it is still too early to say whether the wave will crest or continue to rise. Although she has faced criticism for her open-door policy on refugees, Merkel has seen off a string of high-profile challenges since she first became Chancellor in 2005. 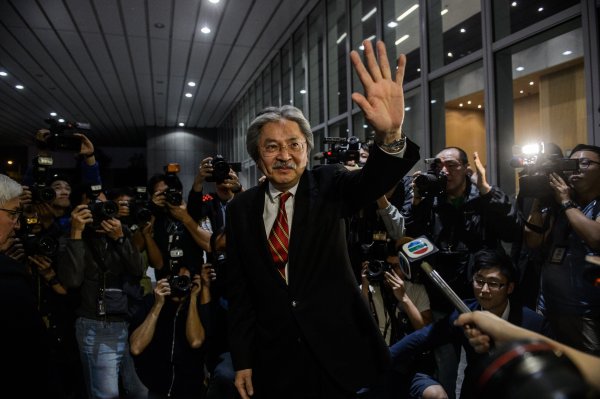