Senator John McCain (R-Ariz.) says that the investigation into Russia’s involvement in the 2016 election needs to be handled by a special committee because Congress no longer has the “credibility to handle this alone.”

Speaking during an episode of For the Record on MSNBC on Wednesday, McCain said that there was no evidence for Rep. Devin Nunes'(R-Calif.) claim that President Donald Trump and his transition team underwent incidental surveillance. McCain immediately followed up by adding that there was also no substantiation for Rep. Adam Schiff’s (D-Calif.) statement rebuking Nunes’ comments.

“It’s a bizarre situation,”McCain said. “I think that this back and forth and what the American people have found so far is that no longer does Congress have the credibility to handle this alone.”

McCain added that he has stopped trying to interpret what the president said, a response to Trump’s comments that he feels somewhat “vindicated” by the House Intelligence Committee’s disclosure. 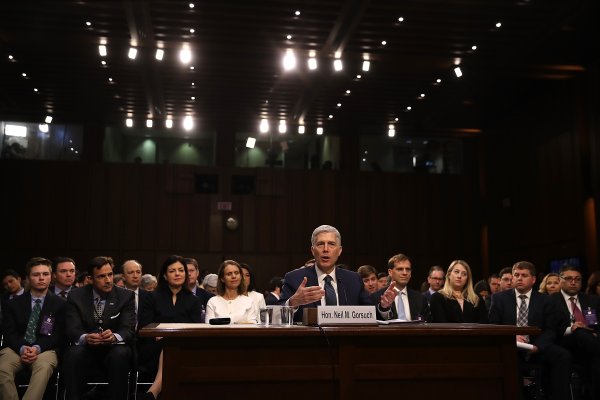 Senators Attack Each Other at Neil Gorsuch's Hearing
Next Up: Editor's Pick