“You have to be kidding me?!” Trump Jr. tweeted with a link to an article dating back to September 2016 from British newspaper the Independent. “Terror attacks are part of living in big city, says London Mayor Sadiq Khan.”

His cited article detailed remarks Khan made following a bombing incident in New York City’s Chelsea neighborhood. Trump Jr.’s assessment of Khan’s comments were misleading, however. The mayor did not imply that terrorism is a part of everyday life in big cities — he said that preparedness is “part and parcel of living in a big city.”

“That means being vigilant, having a police force that is in touch with communities, it means the security services being ready, but it also means exchanging ideas and best practice,” the Independent reported Khan saying to another British paper, the Evening Standard.

“Nothing is more important to me than keeping Londoners safe,” Khan added. “I want to be reassured that every single agency and individual involved in protecting our city has the resources and expertise they need to respond in the event that London is attacked.”

Some Britons fired back at Trump Jr., accusing him of mischaracterizing Khan’s comments during an ongoing incident.

The New York Times attempted to reach Trump Jr. for comment, but he declined to elaborate, saying in an email, “I’m not going to comment on every tweet I send.” 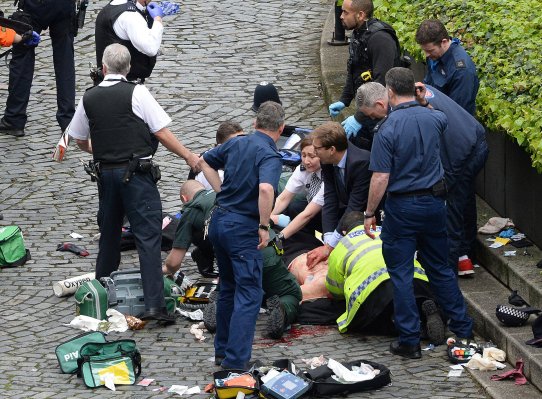