Neil Gorsuch Used the Word 'Bigly' at His Confirmation Hearing

Neil Gorsuch has tried to keep his distance from President Trump during his confirmation hearings, but he accidentally used one of the President’s signature words.

The Supreme Court nominee was being questioned by Republican Sen. Sasse of Nebraska about the role of the Declaration of Independence in interpreting the Constitution.

Gorsuch responded by talking about the declaration, noting that John Hancock was famous for his signature.

“No one remembers who John Hancock was, but they know that that’s a signature because he wrote his name so bigly … big and boldly,” he said, prompting laughter in the Senate hearing room.

“You embarrassed me in front of my nephew and he loves it,” Gorsuch replied.

Without missing a beat, Sasse joked, “He’s the one paying me the five bucks.” 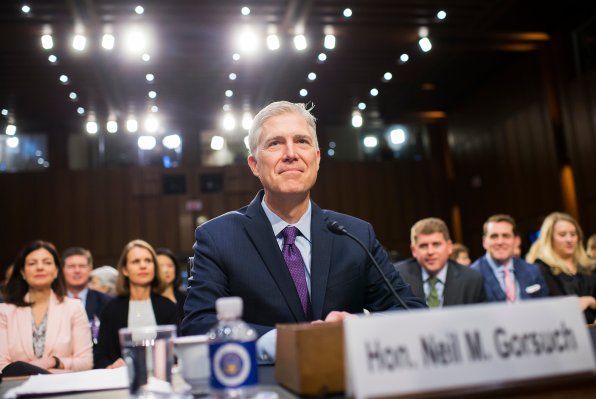 Gorsuch Steers Clear of Drama on Day Two
Next Up: Editor's Pick