The Fed Still Has On Its Beer Goggles

Coulda, shoulda, woulda. How different would the world we live in today be had the Federal Reserve shown restraint and practiced self-control in the current economic recovery? Where would the stock market be if Fed officials had not placated investors every time they threw a temper tantrum, demanding more stimulus?

We will, of course, never know the answers to these questions. But we can hope that the next generation of Fed leaders does have the wisdom and courage to push back against the market’s demands in favor of fostering long-term stability and economic growth.

Soon after ringing in 2014, a hilarious column by one of my closest friends, market analyst Peter Boockvar of the Lindsey Group, made me laugh out loud.

I forwarded “Beer Goggles” to Dallas Federal Reserve president Richard Fisher, who loved it when I shot great metaphors his way.

Not long afterwards, Fisher quoted Boockvar, giving what would become his most famous speech: “QE puts beer goggles on investors by creating a line of sight where everything looks good.”

For his “wine and martini” audience, the National Association of Corporate Directors, Fisher defined the term “beer goggles,” described in the Urban Dictionary as the effect that alcohol has in rendering a person alluring who one would ordinarily regard as unattractive.

“Things often look better when one is under the influence of free-flowing liquidity,” Fisher said. “This is one reason why William McChesney Martin, the longest-serving Fed chairman in our institution’s 100-year history, famously said that the Fed’s job is to take away the punch bowl just as the party gets going.”

Commercial real estate and bonds are more overvalued than at any time in history and stocks are trading at their priciest level save one period, the late 1990s before the dotcom implosion. The beer goggles, it would seem, have blinded investors to the bubble wrap that’s enveloped their portfolios.

There are a few brave souls at the Fed who have raised a red flag. On March 22nd, Boston Fed President Eric Rosengren warned, “…we must acknowledge that the commercial real estate sector has the potential to amplify whatever problems may emerge when we at some point face an economic downturn.”

Wiser words, especially given so few who recall that it was not the decline in oil prices that made the late 1980s such a painful period for the economy, but rather the crash in commercial real estate the energy crunch catalyzed.

Underlying the multiple overheating markets is a persistent underappreciation of financial instability among Fed policymakers. The institution, overladen as it is with PhD economists, has yet to revisit the models that drive its setting of interest rate policy. Had the Fed’s inflation metrics taken into account runaway stock prices in the late 1990s and skyrocketing home prices in the early 2000s, it’s likely they would have intervened to tighten financial conditions much sooner than they did.

You always want these technical experts on tap in positions like this, but never on top.

The hope is that President Donald Trump heeds McChesney Martin’s 1970s-era wisdom, that he respects the wishes of those who originally envisioned the Fed as an appreciably more intellectually diverse entity. After all, the original 1913 Federal Reserve Act requires the president to appoint leaders across a diversity of industries.

That is certainly not the case today. Of the 17 leaders on the Federal Open Market Committee, which sets interest rates, 10 are PhD economists and two are lawyers. Few would dispute this makeup is the antithesis of “diversity.”

President Trump has few opportunities to make his mark, unheeded by others’ influence. The choice of the Fed’s future leaders is a rare and exceptional place for him to leave his mark to the benefit of generations of Americans to come.

Adapted from FED UP: An Insider’s Take on Why the Federal Reserve is Bad for America by Danielle DiMartino Booth, with permission from Portfolio, an imprint of Penguin Publishing Group, a division of Penguin Random House LLC. Copyright © Money Strong LLC, 2017.

DiMartino Booth spent nine years as analyst with the Federal Reserve of Dallas. She is the founder of Money Strong. 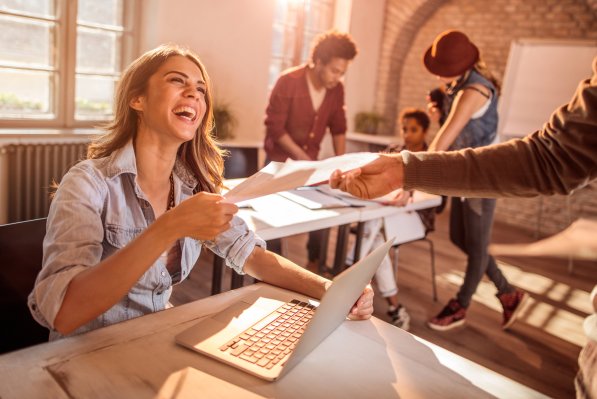 How the Six-Hour Workday Could Save Money
Next Up: Editor's Pick