The Benefits of Being an Older Mother

The baby-making dictum is about as old as childbearing itself: Have your children while you’re young; they’re healthier, you’re healthier, everyone’s happier. Maybe, but a growing body of work is showing that while the dangers of later-life childbearing are real for some women, the benefits are also compelling.

The latest such finding comes from a new study of 4,741 mothers and children in Denmark, published in The European Journal of Developmental Psychology. Researchers tracked the mom-child dyads longitudinally, checking in when the kids were 7 years old, 11 and 15. Among their findings: older moms generally resorted less to verbal and physical punishment than younger moms did — though those findings did get a little wobbly at the 15-year point. The children of older mothers also had fewer behavioral, social and emotional problems than kids of younger mothers, at least at the 7- and 11-year-old points, while adolescence again seemed to muddy things up. The study controlled for factors like income and education, and attributed the results mostly to the greater patience and steadiness that comes to adults as they age.

Here are a few more reasons not to sweat later-life parenting:

Their kids are taller and smarter: This is according to a 2016 study in Population and Development Review. The investigators surveyed 1.5 million men and women in Sweden and found that those born to older mothers were more physically fit, had better grades when they were in school and had at least a small height advantage over people born to younger mothers. Again, causation was uncertain, allowing for the possibility that mothers who started off healthier and were able to have kids later may have simply passed those robust genes onto their children. Demographics — especially regarding income and education — may have also been at work. Wealthier moms with higher power jobs are likelier to have the financial flexibility to delay childbearing, bringing them into the cohort of older moms. More money can also mean better nutrition. Still, 1.5 million is an impressive sample group.

They have more energy than you’d think: A study of mothers who had babies via egg donation after age 50 — well and truly beyond the point at which most women consider conceiving — found that they had levels of energy and physical function similar to women who had babies in their 30s and 40s.

Trends are on their side: In the U.S., maternal age at the time of first birth has risen from 25 to 26 since 2000, and it’s gone up at nearly twice that rate in three states and Washington, DC. In Sweden, 25% of births are now to women 35 and older. In Denmark, the share of children born to women over 40 has quadrupled since 1985. The developed world is different from the developing one, and access to fertility treatments and mother-and-baby care is highly determined by geography. But where the care is good the older parenting dangers fall.

And as for dads? You know, those ostensible sperm factories who can just keep on cranking out kids for as long as they remain alive? Well, an increasing number of studies do find that older fatherhood is linked to a range of health and developmental issues in babies, including autism, certain cancers and low birth weight. The problems result from genetic mutations in sperm, which are manufactured afresh every 16 days or so — with the risk of a glitch increasing with every division. Older fatherhood can still be as healthy and rewarding as older motherhood, but a little more humility dads, and a few more props to the older moms who are stronger than you ever knew. 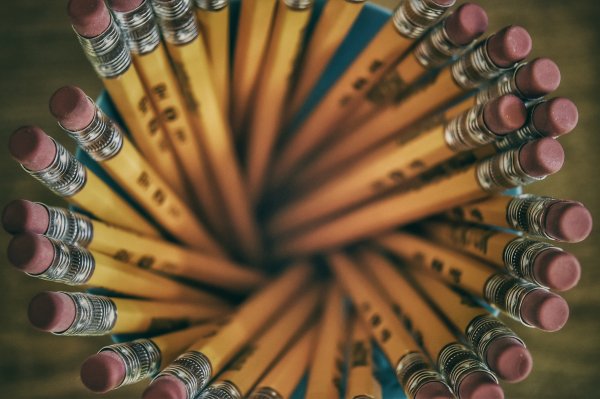 What Parents Need to Know About the ‘Eraser Challenge’
Next Up: Editor's Pick