Alcohol Is Good for Your Heart — Most of the Time

Alcohol, in moderation, has a reputation for being healthy for the heart. Drinking about a glass of wine for women per day, and two glasses for men, is linked to a lower risk of heart attack, stroke and death from heart disease. (Drinking too much, of course, negates these benefits and increases the risk of heart problems.)

Now, a new study of nearly two million people published in The BMJ adds more evidence that moderate amounts of alcohol appear to be healthy for most heart conditions — but not all of them.

The researchers analyzed the link between alcohol consumption and 12 different heart ailments in a large group of U.K. adults. None of the people in the study had cardiovascular disease when the study started.

People who did not drink had an increased risk for eight of the heart ailments, ranging from 12% to 56%, compared to people who drank in moderation. These eight conditions include the most common heart events, such as heart attack, stroke and sudden heart-related death. Non-drinkers had a 33% higher risk of unstable angina—a condition in which the heart doesn’t get enough blood flow—and a 56% higher risk of dying unexpectedly from heart disease, compared to people who drank a glass or two of alcohol a day.

But alcohol does not seem to provide protection against four less common heart problems: certain types of milder strokes, which result from brief periods when blood flow to parts of the brain are blocked, and cases of bleeding in the brain.

The study’s findings are particularly interesting because the researchers separated drinkers into categories that are typically lumped together in these kinds of studies. “Non-drinkers” often include people who have never drank, as well as those who quit drinking (who may have been heavy drinkers in the past, and so may have a higher risk of heart problems). This may have inflated the risk of non-drinkers; in some cases, grouping people this way might make drinking alcohol look better for the heart than it actually is.

It’s not clear from the current study why alcohol lowers the risk of some heart conditions and not others. But Steven Bell, a genetic epidemiologist at University of Cambridge and the study’s lead author, says that another study designed to answer that question is currently underway. “We are unpacking how different risk factors are associated with each different disease,” he says. Future studies will also tease apart whether different types of alcohol—wine versus beer or spirits, for example—have varying effects on the risk of heart disease.

In the meantime, Bell says that the results should reassure people who drink a few glasses of alcohol each week. But it shouldn’t compel people who don’t currently drink to pick up the habit in order to stave off heart disease. Because alcohol carries a risk of liver disease, there are safer ways to lower risk, he says, such as quitting smoking, exercising regularly and eating a healthy diet. 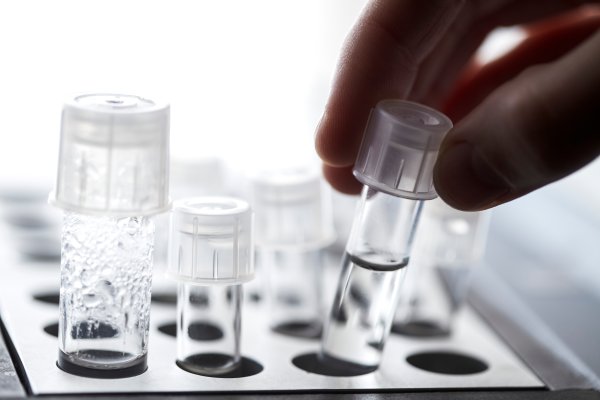 Failed Fertility Treatments Are Linked to Higher Heart Risks
Next Up: Editor's Pick