What to Know About the London Terrorist Attack

British Prime Minister Theresa May declared Thursday that “we are not afraid,” rallying her country the day after a terrorist attack outside Parliament in London left four people dead, including the attacker, and dozens injured.

“Yesterday an act of terrorism tried to silence our democracy, but today we meet as normal,” she told lawmakers in the House of Commons.

May’s speech came after police raided six addresses and made eight arrests in connection with the attack. But May also said that the attacker, who she identified for the first time as “British born,” had “acted alone.”

The attacker mowed down pedestrians in an SUV on Westminster Bridge before fatally stabbing the officer outside the Houses of Parliament and being shot and killed, officials said. Metropolitan Police counterterrorism chief Mark Rowley said that the attack was “inspired by international terrorism.”

Officials identified Keith Palmer, 48, a member of the London Police Department’s Parliamentary and Diplomatic Protection command, as the officer who was killed. Two pedestrians were killed on the bridge, officials said.

The attacker has not been publicly identified, but May said Thursday that the suspect was “British born,” had “acted alone,” and had been known previously to British intelligence but was “not part of the current intelligence picture.”

What was the immediate response?

The surrounding area — including Parliament Square, as well as the nearby tube station of Westminster — were closed, the BBC reports. The London Eye, a key landmark, had also been placed on lockdown. It took several hours for Parliament to be evacuated, with up to 1,000 people let out slowly from several locations, including Westminster Abbey.

What was the global response?

President Donald Trump said Wednesday that the event was “big news.” The White House Press Secretary said the U.S. was monitoring the situation. State Department spokesman Mark Toner said in a statement: “We stand ready to assist in any way the U.K. authorities would find helpful.”

French President Hollande and Spanish Prime Minister Mariano Rajoy, among other heads of state, sent condolences to May and expressed solidarity with Britain. Paris Mayor Anne Hidalgo announced that the Eiffel Tower would turn off its twinkling lights at midnight, local time in solidarity with London.

“An execrable terrorist act like the one that took place today is a reminder that we face complex challenges for the security of our societies,” Rajoy wrote in a telegram to May, according a transcript distributed by Moncloa, the Prime Minister’s palace. “We must remain united against these type of threats that affect all of us equally and that know no barriers.” 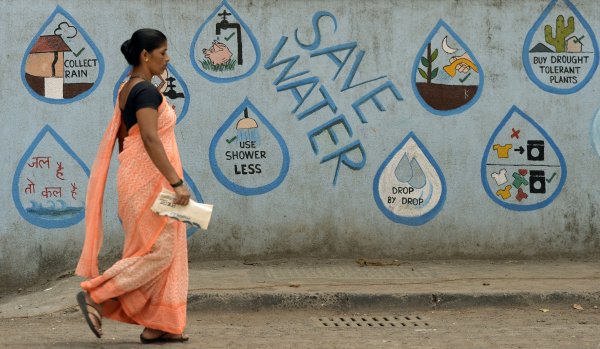 World Water Day 2017: 5 Things to Know About Water Consumption
Next Up: Editor's Pick