Robert E. Kelly, the Pusan National University professor of political science affectionately known to the world as “BBC Dad,” is back to give political commentary on-air — but unfortunately for viewers hoping to catch a glimpse of his kids, he’s locking his office door this time.

Kelly earned his noteworthy moniker after his achingly cute children (4-year-old Marion and 8-month-old James) crashed a live interview about the impeachment of South Korean President Park Geun-hye that he had with the BBC about two weeks ago in a hilarious clip that instantly went viral. (The family later explained they usually lock the door to avoid interruptions.)

But this time around, Kelly made sure to lock his door, something he let viewers know by poking some fun at himself.

However, the Internet was wildly disappointed in the sad lack of the Kelly children. 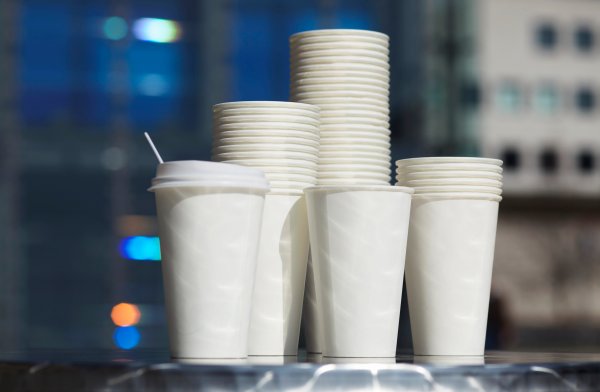 The "Cup Blowing Challenge" Is the Web's New Viral Obsession
Next Up: Editor's Pick