Jesus' Tomb to Reopen in Jerusalem After a $4 Million Restoration

Jesus’ tomb is to be officially reopened at a ceremony in Jerusalem’s Old City on Wednesday after a nine month and $4 million restoration, The Guardian reports.

The chamber, thought to be where Jesus’ body was placed after his crucifixion, was last rebuilt in 1810, according to The Guardian. The project was carried out by a group of 50 specialists from the National Technical University of Athens, who worked at night so that the work would not prevent people from visiting the tomb, the paper reports.

“If the intervention hadn’t happened now, there is a very great risk that there could have been a collapse,” Bonnie Burnham from the World Monuments Fund told the Associated Press.

Ecumenical Patriarch Bartholomew I, who is the leader of Orthodox Christians, will attend the ceremony and represent the Pope.

The Church of the Holy Sepulchre covers the site, which is visited by people from around the world. The tomb is considered the holiest place in the Christian faith. 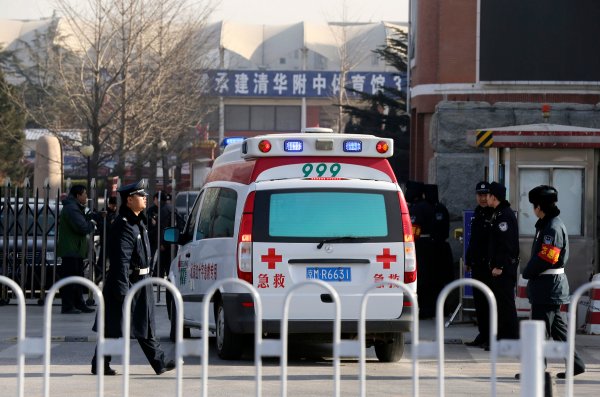 Two Children Dead After Elementary School Stampede in China
Next Up: Editor's Pick