How Samsung's New Galaxy Tablet Compares to the iPad Pro

Apple may have popularized the tablet when it launched the first iPad in 2010. But Android-powered slates have come a long way since the clunkier models of five years ago, back when Android apps didn’t even work smoothly on a larger screen. Enter Samsung’s $599.99 Galaxy Tab S3, which recently became available for preorder. With its high price, stylus support, and powerful processor, Samsung is gunning for Apple’s $599 iPad Pro and other similar high-end tablets.

Samsung’s new gadget has a brilliantly vibrant screen and includes the company’s S Pen stylus in the box, unlike Apple which charges an extra $99 for the Apple Pencil. But the iPad Pro has a few benefits over Samsung’s tablet that could persuade some buyers, especially iPhone owners, particularly when it comes to power and battery. After using the Tab S3 alongside the 9.7-inch iPad Pro for the past few days, here’s a closer look at how they compare.

One of the most noticeable differences between Samsung’s Tab S3 and the iPad Pro is the way their screens look. The Tab S3 supports HDR video playback and, like many other Samsung gadgets, includes a Super AMOLED screen. These displays typically produce deeper blacks and better contrast than other display types. Apple, by comparison, uses LED display technology for the iPad Pro.

As a result, colors looked much more vibrant and punchy on Samsung’s tablet than on the iPad Pro. That’s not to say the iPad Pro has a dull screen, but Samsung’s is exceptionally vivid and much brighter. Samsung is pushing its new tablet as being ideal for entertainment, and the Tab S3’s screen is sure to please those who frequently stream video and browse photos on their mobile device. Still, in my experience, the iPad Pro offered clearer and richer audio that packed more bass than Samsung’s, even though both slates have four speakers.

But that impressive screen may come at the cost of battery life. When using the Tab S3 and iPad Pro side-by-side over the course of a day, Samsung’s battery had reached 58% while the iPad Pro’s was at 73% after roughly five and a half hours of usage. Regardless, that’s still plenty of juice to get you through a several daily commutes or a long flight.

Both Apple and Samsung are also touting their tablets as productivity machines and have created keyboard and stylus accessories with this in mind. The Tab S3 comes with the S Pen, the same stylus that was introduced with the company’s Note smartphones, and Samsung sells a compatible keyboard case for $129.99. Apple, meanwhile charges $99 for its Apple Pencil stylus and $149 for a keyboard case designed to work with the iPad Pro.

This alone makes the Tab S3 a better value than the iPad: a 32GB Samsung tablet with the S Pen and keyboard costs $749, while a 32GB iPad Pro with an Apple Smart Keyboard Cover and Apple Pencil costs about $847. Plus. the Tab S3 includes a microSD card slot for adding more storage space, whereas the iPad does not.

In practice, both the Apple Pencil and S Pen worked smoothly when jotting down notes and sketching doodles. I rarely find myself drawing and coloring, but I generally preferred Samsung’s S Pen because it’s better equipped for more practical use cases. I could, for example, translate text to another language in real time just by hovering the tip of the S Pen over a word or phrase. It’s also possible to save a snippet of text from an article or create a GIF from a video simply by using the S Pen to draw a lasso around the area you’d like to extract. The Apple Pencil lacks such capabilities.

I also much preferred Samsung’s keyboard case over Apple’s: the keys were much deeper and sturdier, making it easier to type quickly without making mistakes. It’s a bit bulkier than the iPad Pro’s keyboard when being used as a standard case, but it’s worth the tradeoff.

To truly be better than your smartphone at certain tasks, like working or web browsing, tablet software needs to take advantage of that larger screen. Both Apple and Samsung do this by offering the ability to view more than one app on screen at the same time. I found it easier to jump between apps on the iPad’s split screen mode, but Samsung’s allows for more flexibility.

Both tablets are plenty powerful: whether I was playing games with demanding graphics, browsing the web, or editing photos, neither tablet showed signs of stuttering. I did notice, however, that when applying special effects to images using the app Prisma, the iPad processed pictures considerably faster than Samsung’s tablet every time.

So which tablet should you buy? The answer boils down to which one best suits your needs. Samsung surpasses Apple when it comes to screen quality, overall value, and how well its stylus and keyboard accessories work. But Apple’s tablet performed slightly faster, offered better audio, and appeared to have a longer lasting battery.

The decision will likely also depend on whether Android or iOS is more convenient for you. For iPhone owners, the ability to log in with your Apple ID and quickly download apps that you’ve already purchased, or continue iMessage threads you’ve started on your phone, may outweigh the benefits of a brighter, more colorful screen and a handy stylus. But Android owners and even iPhone owners that are impartial to Apple should strongly consider the Tab S3. 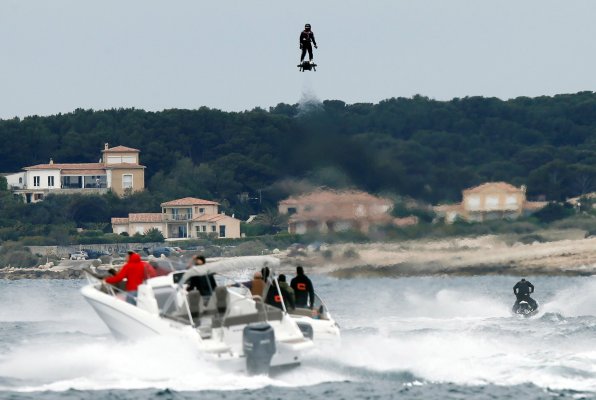