Neil Gorsuch had a tense exchange with a Democratic senator over his college dissertation and views on maternity leave on Tuesday.

During his Senate confirmation hearing for a Supreme Court seat, the Colorado judge appeared frustrated when pressed by Democratic Sen. Dick Durbin on the views of his dissertation advisor.

“I’m not here to answer for Mr. King or for Professor Finnis,” Gorsuch said. “I’ve had a lot of professors… and I didn’t agree with everything they said.”

“This is a man who apparently had an impact on your life, certainly your academic life,” he said. “And I’m trying to figure out where we can parse his views from your views.”

“I think the best evidence is what I’ve written,” he said, growing visibly agitated. “I’ve written or joined over 6 million words as a federal appellate judge. I’ve written a couple of books. I’ve been a lawyer and a judge for 25 or 30 years. That’s my record, and I guess I’d ask you respectfully to look at my credentials and my record.”

As on other issues raised during the hearing, Gorsuch avoided taking a stance on gay and lesbian rights.

“They’re people,” he said. “I try to treat each case and each person as a person. Not a this kind of person or that kind of person. A person. Equal justice under law is a radical promise. … The Supreme Court of the United States has held that single-sex marriage is protected under the Constitution.”

Durbin then switched gears and brought up women in the workplace, asking Gorsuch if it would be illegal sex discrimination for employers to ask prospective female employees, but not prospective male employees, about their family plans.

Durbin’s question set the stage for him to invoke a letter that surfaced two days ago, in which a former law student of Gorsuch claims that he suggested to his class last year that women manipulate companies for maternity benefits and asked for a show of hands for students who knew of women doing so. (Another student in the class has disputed the account in the letter and female former law clerks of Gorsuch have defended him.)

Gorsuch forcefully pushed back against the letter, speaking publicly for the first time about the accusation.

“I’d be delighted to actually clear this up. Because the first I heard of this was the night before my confirmation hearing,” he said.

He said he teaches his legal ethics class at the University of Colorado off of a standard textbook, which has a section about the difficult lifestyle that comes with being a lawyer. He said one of the problems posed in the book is what a young female lawyer should say if she’s asked in a job interview if she intends to become pregnant soon.

“We talk about the pros and the cons in a Socratic dialogue so that they can think through themselves how they might answer that very difficult question,” Gorsuch said. “I do ask for a show of hands, not about the question you asked but about the following question, and I ask it of everybody: how many of you have had questions like this asked of you in your employment environment, inappropriate questions? And I am shocked every year, Senator, how many young women raise their hands. It is disturbing to me.” 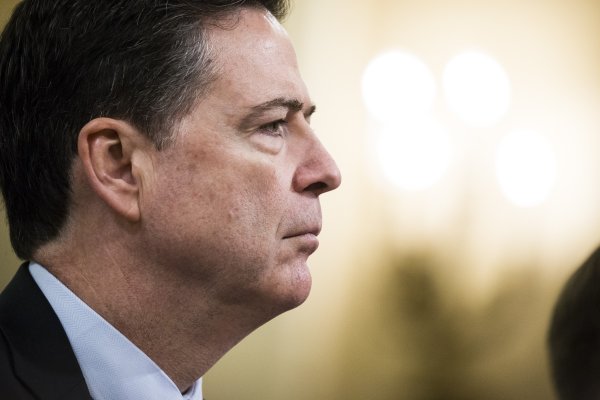