When American cosmetic surgeon Ivona Percec encountered her first patient to have been subjected to female genital mutilation, a widely scorned but enduring cultural practice in parts of Africa, the Middle East and Asia that intentionally alters or excises the genital organs of girls and women for non-medical reasons, she was speechless with shock. Not because of the vicious scarring—as a surgeon specializing in genital reconstruction she had seen far worse—but because the woman had been suffering in silence for so long.

“It was a psychological shock that this woman had kept the burden to herself. She didn’t even let her husband see what had been done to her,” says Percec, who is associate director of Cosmetic Surgery at the University of Pennsylvania’s Perelman School of Medicine. “She had lived in this country for multiple years, and had never before tried to get help.”

FGM usually takes place before adolescence, and can result in severe pain, post-traumatic stress disorder, cysts, recurrent infections, difficulty in childbirth and even death. Surely, thought Percec, there would be plastic surgeons in the United States more experienced addressing the scarred results of a procedure that has been exacted on an estimated 200 million women and girls worldwide. She is one of a rising network of doctors in the U.S. and around the globe who are offering new solutions to these often-invisible victims.

Percec scoured cosmetic surgery journals for more information on reversing the procedure, which removes the clitoris and the labia in part or in whole, but found little beyond the cultural aspects of the practice. She wasn’t able to identify any surgeons with experience. So she did her best to help her patient. “I said, ‘This is what I think we can do. I can’t promise it will bring back sensation, but we can make it look more normal and see how you feel.’”

She started by removing scar tissue and refashioning the labia to expose what was left of the clitoris. She hoped that if there was any nerve tissue remaining, it would begin to regenerate, but nerves, she says, “grow less than a millimeter over a really long period, so it’s too early to ascertain how much sensitivity will come back.” Still, little more than a year after her first surgery, which took place early last year, Percec and her patient are pleased with the results. Her patient went on to refer to Percec two other women who had been similarly cut as girls in their native Sierra Leone—where 74% of girls under the age of 19 have undergone FGM, according to a recent report by the United Nations Population Fund, which tracks FGM annually as part of its efforts to end the practice.

Without intending to, says Percec, she suddenly became the rare thing she set out to find in the first place: a surgeon with experience treating FGM. To help others in similar situations, she published her findings this month in in the Aesthetic Surgery Journal, a trade publication for cosmetic surgeons. “Plastic surgeons have a crucial role to play in this recovery, and it’s important for physicians to be informed and prepared to address the surgical and emotional needs of women who seek care for this,” Percec said of FGM in her report. “Our procedure is simple yet effective and can help victims restore their physical and psychological sense of well-being.”

As it turns out, Percec is not the sole doctor who has done this kind of surgery. There are a handful of gynecological and plastic surgeons around the world who treat patients with FGM, with promising cosmetic results. “In 90% of cases, it is something that can be reversed with surgery in an hour or an hour and a half,” says gynecologist and plastic surgeon Dr. Thomas Bloodworth, who has treated several hundred cases over the past eight years in his Atlanta clinic. And some doctors, including the Paris-based pioneer of FGM reversal, Dr. Pierre Foldès, have made significant progress in restoring sensation to the clitoris, to the point where some patients are actually able to attain orgasms—something that was once thought impossible. “Clitoral sensation, that’s the new revelation,” says Bloodworth. “But the problem with reversing FGM isn’t just clitoral. The psyche has been damaged as well, and we need to address both needs.”

Percec says the surgery itself is “simple and effective,” but that the psychological counseling requires a lot more work. She would like to see a clinic at her hospital that treats FGM like cleft palates are now treated in the U.S., but instead of speech therapists and Ear Nose and Throat specialists, there would be sex therapists, psychologists and urologists. Bloodworth is working on establishing the United State’s first dedicated center for working with FGM patients. The Centers for Disease Control estimate that there are around 513,000 girls and women in the United States who have either undergone FGM or who at risk of doing so—mostly in immigrant communities from regions of the world where it is still practiced. On March 13, an Ethiopian man was deported from Georgia after serving ten years in jail for mutilating his 2-year-old daughter’s genitals in what is thought to have been the first conviction for FGM in the United States.

One of the problems with FGM surgery, as Percec discovered, is that physicians are so far flung, and there is so little communication on the subject. Often, when gynecologists or plastic surgeons are first confronted with a FGM patient, they don’t know where to turn for information and guidance. Bloodworth hopes that setting up a center of excellence will help create awareness and lessen the stigma, so that not only doctors know where to go, but patients as well.

Of course, it would be even better to have trained surgeons in countries where FGM is still practiced, but such trainings are expensive, and it’s hard to see countries making FGM reversal a priority when there are so many other competing demands for medical funding and education. The UNFPA would like to see more doctors that are trained in treating the effects of FGM, says Nafissatou J. Diop, the Senior Advisor for the UNFPA-UNICEF Joint Programme on FGM, but for the moment they are putting their scarce resources towards eliminating the practice altogether. “We want to focus on the girls who have not yet gone through it, to make sure that they are the priority.”

Jaha Dukureh, who underwent FGM as an infant in her native Gambia before emigrating to the United States, is working on establishing a training program for surgeons in Africa through her organization Safe Hands for Girls, which fights FGM in the U.S. and abroad. “Ideally we want to prevent FGM, not just reverse it — that is the last resort,” she says by telephone from Copenhagen, where she is attending the premier of a documentary film about her life. She had the reversal surgery a few years ago, and says it was “life changing. When you go through FGM, you have something taken away from you, so getting it back is a big part of the healing. That is recovery for a lot of people.” Percec’s patients would agree. Stopping FGM is an essential goal, but for those for whom it is too late, surgery offers new hope. 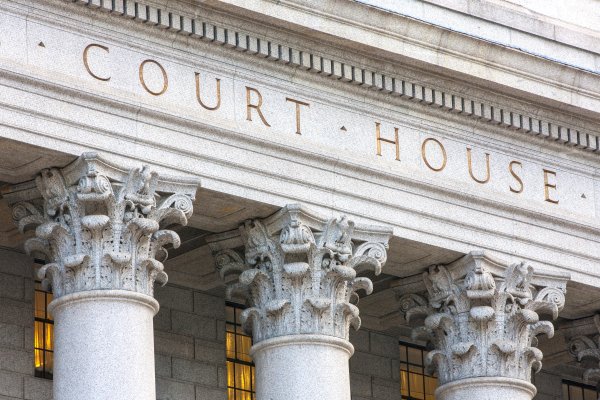 Physician Accussed of Female Genital Mutilation in Detroit
Next Up: Editor's Pick