FBI Director James Comey testified before the House Intelligence Committee on Monday, enlightening lawmakers about the agency’s intelligence gathering — and broadening Americans’ vocab in the process.

When Rep. Adam Schiff (D-MA) asked Comey what he thought the main offense in the Nixon-Watergate controversy was, Comey responded that, “As I recall it… the gravamen was an abuse of power, including a break-in.” As a result, Merriam-Webster saw an enormous spike in lookups for gravamen — a noun that refers to “the material or significant part of a grievance or complaint.”

The Oxford English Dictionary defines the word as “the particular part of an accusation that bears most heavily on the person accused.”

On Monday, Comey also testified that the FBI’s work had not borne out the gravamen of President Donald Trump’s accusation against President Obama, after Trump tweeted allegations that the former Commander-in-Chief had wiretapped him. “I have no information that supports those tweets and we have looked carefully inside the FBI,” Comey said.

This bit of legalese comes from a Latin adjective, gravis, which means heavy. And the same root can be found in words such as gravity, grieve and grave (the adjective that means “serious”). 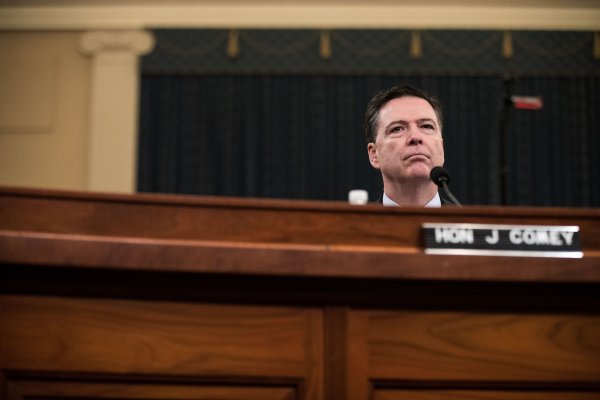