50 Years Ago This Week: Behind the Scenes on a Nonstop Cross-Country Flight

This week’s cover story is a profile of James Smith McDonnell, whose eponymous aeronautics company had been involved in making the Mercury and Gemini space capsules and which was about to merge with Douglas Aircraft. The question at hand was how “Mr. Mac” had been so successful and what was keeping his company comfortable at a time when many of his competitors were fretting about the future.

His dedication didn’t hurt, as one anecdote made clear: “At Princeton (’21), McDonnell hefted trays in the dining hall for pocket money, studied physics so doggedly that he had little time for campus social life. Still, the first time he got a chance to buy a ride in a rickety old biplane, McDonnell impulsively blew $25 on an aerial tour of the campus—and went without a new winter overcoat.”

But even though it’s not really the cover story, the aviation item really worth checking out is the extensively reported feature — the work of a whopping 40 TIME staffers — that took readers behind the scenes on a single nonstop flight from Los Angeles to New York City. The photos and diagrams are what make the story really special. With incredible access granted by TWA and the Federal Aviation Agency, at a moment when air traffic was increasing so quickly that the aviation industry could barely keep up, the story showed readers just how much work it took to get a plane from one coast to the other.

War stories: Though the War in Vietnam was covered in every issue of the magazine, this week’s national news section contained a particularly striking look at the impact of the war and its evolution in public perception. It’s the story of a young enlistee who, due to his prowess as a pen pal, was made an official correspondent — and the magazine was able to publish selections from his letters home between the beginning of August of 1966 and a tragic end in February of 1967, showing how the attitude toward the endeavor was changing.

Milk strike: As many of the nation’s dairy farmers went on strike in an attempt to raise the price of milk, the magazine detailed the extreme measures they took to keep the milk from getting to market — including dumping so much milk into Indiana rivers that the state attested the waterways were suffering from “milk pollution.”

Just in time: A scary incident described by a reader in the letters section notes that she was reminded by a TIME story about children’s aspirin to go check on her own children — only to find that one of her toddlers was, at that very moment, feeding the other flavored aspirin as if it candy. “We left immediately for the hospital emergency room, where the youngster’s stomach was pumped,” the reader added.

Great vintage ad: This admittedly handsome color television is priced at $595 — or more than $4,300 in today’s dollars. It’s still possible to spend that much on a TV, but it just goes to show that this handcrafted cabinetry and the ability not to have to hand-tune the TV was still truly cutting edge technology.

Coming up next week: The Pill 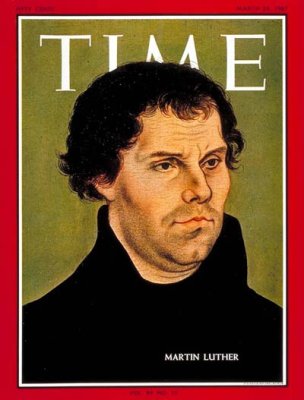 50 Years Ago This Week: The Priest Who Changed the World
Next Up: Editor's Pick