The Connection Between the Global Gag Rule and Extremism

An oil refinery is seen behind the holiest temple of the Yazidi faith after Friday rituals on Nov. 11, 2016 in Lalish, Iraq. In 2014, thousands of Yazidis fled to the villages of Lalish and Shekhan after ISIS took control of Sinjar and other Yazidi populated towns. Many Yazidi resettled in Mosul and Bashiqah but were forced to flee again when ISIS took control of the cities.
Chris McGrath—Getty Images
Ideas
By Elizabeth Weingarten
Weingarten is Director of the Global Gender Parity Initiative at New America

Historically, the global gag rule has forced health care facilities across the world to close. If they want to receive any U.S. family-planning funding, they cannot use any money — not even their own — to provide any abortion-related information or care. This causes others to cut back on services, and some to significantly raise prices. The rule has so far only applied to family-planning funding to foreign NGOs — about $608 million in 2016. But now the Donald Trump Administration is expected to expand it greatly. It would now apply to all global health assistance provided by the U.S. government, the world’s largest funder and implementer of such programs — roughly $9.5 billion in 2016.

Far from achieving its purported goal of reducing abortions, research shows that this new policy could actually increase unsafe abortions, according to the International Center for Research on Women. What it will also do, especially since health systems have become increasingly integrated (an HIV testing clinic may now provide a wide range of services than it did even a decade ago), is rob millions of women of access to contraception, thus limiting their ability to control their own fertility and pursue social and economic empowerment.

According to the 2016 Global Terrorism Index, there are three big factors that are “significantly related” to terrorist activity in developing countries: the nation’s history of conflict, the country’s levels of corruption and the “acceptance of the rights of others and group based inequalities.” These factors can also reinforce each other: Gender inequality is a predictor of armed conflict, and gender equality is linked with overall security and societal stability.

Many developing countries — both on and off the Global Terrorism Index — rely on the United States for health aid. According to data gathered by the Kaiser Family Foundation and the OECD, U.S. government aid accounted for more than one-fifth of total donor health assistance from 2013 through 2015 in Jordan, Zambia, Ethiopia, Zimbabwe, Rwanda, Mali, Ivory Coast and Liberia. The Fund for Peace categorizes all of these countries as fragile, due to extant conflict, extremist activity, resource insecurity, refugee populations or all of the above. Abortion is legal in most of these countries, at least in certain cases, so the global gag rule would restrict the ability of organizations to provide, refer, counsel or advocate on legal services if they wanted to continue to receive U.S. funding.

Limiting access to reproductive health services impedes declines in women’s fertility in countries with large family sizes. Sustained high fertility can produce large populations of young people, which, combined with an absence of economic opportunities may, according to some analysts, be one of the best long-run predictors of state weakness, risk of civil conflict and vulnerability to social unrest. (Though these arguments must be considered cautiously. In the past, linking family planning to global security has prompted government rhetoric about population control — instead of individual choice. In India, for instance, the population-control message culminated in a horrifying forced sterilization policy.)

“Young people are the creative hope of their country’s future — but only if their parents and governments invest adequately in them, and only if their country’s economy can absorb the surge of their numbers into the workforce,” says Richard Cincotta, director of the Global Political Demography Program at the Stimson Center. “Otherwise, some will seek mobility as migrants, while others will likely find the path to their adulthood, and to peer-respect and identity, in less-productive or even destructive pursuits.” Like joining an extremist organization.

For many terrorist groups, the potent mix of strained systems and gender inequality can make recruitment easier. For example, in countries where women already feel like second-class citizens because they have fewer rights and less access to opportunities than men, an extremist organization can sell potential female recruits a kind of warped empowerment message. Many groups also promise young men — especially those who lack the traditional trappings of “masculinity” (like a job and a wife) — power in the form of control over women and their bodies. Take, for instance, the systematic rape of Yezidi women in northern Iraq by members of ISIS or the forced marriage and sex slavery of girls by Boko Haram.

The Trump Administration has claimed to prioritize fighting terrorism. Yet actions like the global gag rule perpetuate both gender inequality and destructive gender norms. They enable groups like ISIS to achieve one of their key objectives: dominating women, and controlling female bodies for their own use. As it prepares to implement further guidance for the Mexico City Policy and to even potentially expand it, the White House can’t afford to ignore these potential consequences. If it doesn’t consider the interconnectedness of women’s rights, family planning, global health and overall security, we are far more likely to lose the battle against extremists. 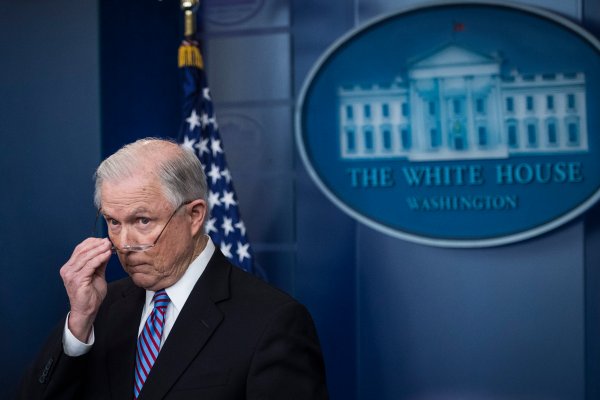