More than half of Americans age 18 to 30 view Donald Trump‘s presidency as “illegitimate,” according to a new poll.

The GenForward survey found that 57% of young adults don’t consider Trump’s presidency legitimate, including large majorities of young Americans of color: 74% of black respondents, 60% of Asian-American respondents and 71% of Latino respondents. A minority of white respondents, 47%, said the same, according to the poll.

The Black Youth Project at the University of Chicago conducted the poll in cooperation with the Associated Press–NORC Center for Public Affairs Research. Only 22% of young adults approve of Trump’s performance as president, while 62% disapprove.

The survey of 1,833 Americans age 18-30, conducted between Feb. 16 and March 6, has a margin of error of plus or minus four percentage points. 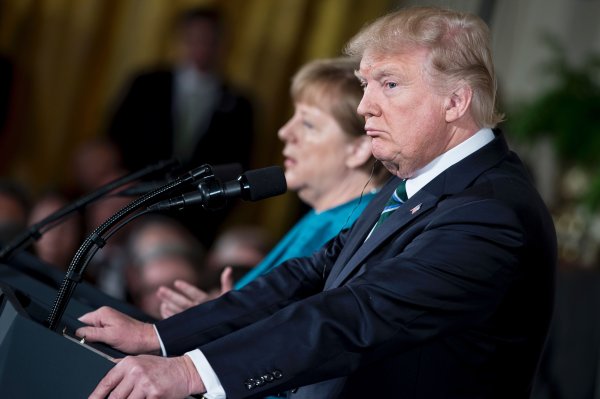 President Trump Repeats Wiretapping Claim as He Stands by Angela Merkel
Next Up: Editor's Pick