Here's How Apple Could Bring Augmented Reality to the iPhone

The dual cameras are seen on a Apple Inc., iPhone 7 Plus during an event in San Francisco, California, U.S., on Wednesday, Sept. 7, 2016.
Bloomberg—Bloomberg via Getty Images
By Lisa Eadicicco

Apple is ramping up its plans to pursue augmented reality, according to a new Bloomberg report, which provides some detail on how the company may incorporate the technology into the iPhone.

The Cupertino, Calif.-based company is said to be exploring features that would allow iPhone owners to change the depth of photographs taken with the phone’s camera after they’ve been captured. Another potential implementation would let users isolate a specific object in an image, such as a person’s head, and tilt it 180 degrees, the report says. Apple is also developing a feature that would make it possible to overlay virtual effects and objects onto a photo, similar to Snapchat.

The report cautions that Apple may not roll out these features, but that the company has iPhone camera engineers working on them. Apple’s iPhone 7 Plus has two cameras, one specifically tailored for better zooming, which allows the phone to shoot images that sharpen a subject against a slightly blurred background.

The iPhone maker is also said to be working on a pair of augmented reality glasses, as Bloomberg previously reported. This new headset combined with the upcoming iPhone camera features could put Apple in direct competition with Snap Inc., which released its first pair of glasses in September.

Apple CEO Tim Cook has previously said that augmented reality is an area of interest for the company, although he hasn’t discussed plans for future products. “I think AR is extremely interesting and sort of a core technology,” Cook told The Washington Post in August. “So, yes, it’s something we’re doing a lot of things on behind that curtain we talked about.” 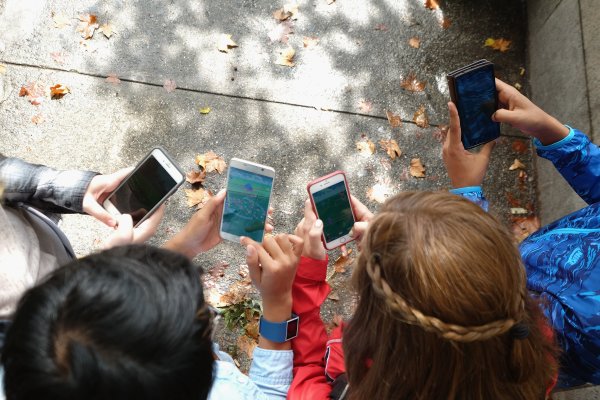 These 5 Smartphones Under $300 Are Perfect for Kids and Teens
Next Up: Editor's Pick