Ever since 2014, when Narendra Modi became India’s Prime Minister, political pundits have been debating his priorities. He leads the Bharatiya Janata Party (BJP), which has its roots in the Hindu right-wing movement. But during his campaign to become the country’s leader, he focused on economic growth and development. So is he really a reformer focused on generating the jobs the country needs for the roughly 12 million Indians who enter the work force each year? Or is the language of development, propagated via an unremitting stream of slogans, speeches and tweets by the Prime Minister and his top officials, actually a cover for Hindutva, an ideology that sees India as a Hindu nation? Promoted by right-wing Hindus, it puts a troubling question mark over the status of the country’s minorities, including the more than 172 million Muslims who call India home.

This debate resurfaced in India this weekend, after the BJP named Yogi Adityanath, a Hindu hard-liner, as chief minister of Uttar Pradesh (UP), the country’s most populous and politically significant state, where Modi’s party scored an overwhelming victory in a ballot to pick the next state government.

Results on March 11 showed that it captured 312 out of 403 seats in the state assembly. It was a triumph, above all, for Modi, who was the face of the BJP campaign there. The outcome tightened Modi’s grip on his party, with his boosters casting the vote as another thumping endorsement for his development agenda. But Adityanath, UP’s new leader, is a Hindu cleric better known for something else: a long record of divisive rhetoric targeting India’s minorities. Over the years, he has faced a number of criminal charges, from attempted murder to rioting, according to 2014 data compiled by the Association for Democratic Reforms, an independent nonprofit. And in 2007, he was arrested on allegations of inciting riots, the Press Trust of India said.

It was a surprising choice, given the way Modi has sought to rebrand himself. Before he arrived in New Delhi, Modi was the leader of the western Gujarat state, where, on his watch in 2002, rioting along religious lines led to the deaths of at least 1,000 people, most of them Muslims. Although he has always denied any wrongdoing and has never been charged with a crime, Modi’s critics questioned whether he did enough to stop the violence. By 2014, however, the spotlight had shifted to Gujarat’s fast-growing economy, with Modi’s campaign holding up what became known as the “Gujarat model” as a way to spur growth nationwide.

On the question of minorities, Modi insists that his government will safeguard the rights of all Indians, not just majority Hindus. “So far as the government is concerned, there is only one holy book, which is the constitution of India,” he told TIME in a rare interview in 2015. “My government will not tolerate or accept any discrimination based on caste, creed and religion.”

But Adityanath, a five-term MP who appears in public in the saffron robes worn by Hindu priests, has struck a radically different tone with his public statements.

Back in 2005, when Modi was still a regional player in Indian politics, Adityanath said he would not stop until “I turn UP and India into a Hindu rashtra [nation],” according to the local Hindustan Times newspaper. More recently, just months after Modi’s victory in 2014, he offered up this breakdown of India’s religious tensions during an appearance on a popular television interview program: “In places where there are 10 to 20% minorities, stray communal incidents take place. Where there are 20 to 35% of them, serious communal riots take place and where they are more than 35%, there is no place for non-Muslims.”

In 2015, he went after Bollywood actor Shah Rukh Khan, one of India’s biggest film stars. When Khan added his voice to a growing chorus of public figures criticizing religious intolerance in India, Adityanath suggested the actor move to Muslim-majority Pakistan and compared Khan to Hafiz Saeed, a militant leader accused of masterminding the 2008 Mumbai terrorist attacks. “There is no difference between the language of Shah Rukh Khan and Hafiz Saeed,” he said.

Another target: Mother Teresa, the late Nobel Peace Prize laureate whom Adityanath once characterized as “part of a conspiracy for [the] Christianization of India.”

The 44-year-old, who was born Ajay Mohan Bisht, had warmer words for President Donald Trump’s controversial initial travel ban restricting immigration from seven Muslim-majority countries back in January. “Similar action is needed to contain terror activities in this country,” he said when the executive order was first announced.

Now, he is in charge of a territory that is home to some 220 million people — around 40 million of whom are minority Muslims.

The day after the results from UP and a handful of smaller states were announced, Modi said a “new India is on the horizon” and reiterated his commitment to economic development. On March 20, an editorial in the Indian Express newspaper said Adityanath’s swearing-in as UP chief minister on Sunday was a “tragic letdown” of the inclusive tone of Modi’s speech.

“More than why, the question is: What next?” it asked. “Until yesterday, the BJP’s fig leaf was that hate talk was a speech bubble of the marginal and the fringe. That fringe is now in charge of India’s most populous and politically crucial state.” 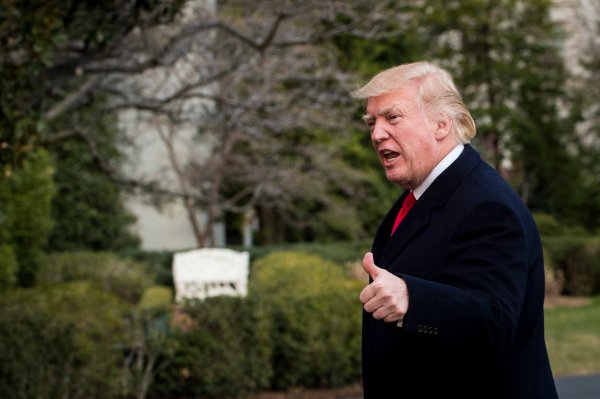