U.S. President Donald Trump has repeated his brusque denouncement of Kim Jong Un, telling reporters as he left his resort home in Mar-a-Lago, Florida on Sunday that the North Korean leader was “acting very, very badly.”

Trump’s comments follow a weekend on which administration officials convened to discuss North Korea and other issues, Reuters reports, and on which Secretary of State Rex Tillerson met with Chinese Premier Xi Jinping in Beijing with Pyongyang’s nuclear ambitions and destabilizing behavior top of the agenda.

Speaking in Seoul last week, Tillerson said that military action against North Korea was “on the table,” indicating a break with the Obama administration’s dissuasion strategy based on sanctions.

Tensions between the U.S. and North Korea have worsened in the wake of a series of successful missile launches by Pyongyang—including four rockets fired into the sea northwest of Japan on Mar. 6—and massive U.S.-South Korea joint military drills, which the North regards as dress rehearsals for an invasion. North Korean State media said the country’s latest rocket-engine tests were a “great leap forward,” CNN reports, and South Korean officials conceded Monday that the North’s tests demonstrated “meaningful progress” in rocket-engine function.

Trump’s latest comment on North Korea echoed his Twitter declaration last week. “North Korea is behaving very badly,” he tweeted Friday. “They have been ‘playing’ the United States for years. China has done little to help!”

Daniel Pinkston, Northeast Asia deputy project director at the International Crisis Group in Seoul, tells TIME that uncertainty over the Trump administration’s commitment to international institutions and to allies in the region has heightened risk. This uncertainty, he said, was exacerbated by unfilled positions in the State and Defense Departments and by budget proposals that would gut agencies dealing with foreign policy.

“If U.S. alliance commitments are undermined, weakened or terminated, that undermines reassurances to allies. It also signals to potential challengers or enemies that there may be opportunities to revise the status quo,” Pinkston says.

“Under conditions of uncertainty you don’t know where the red lines are … you’re going to challenge the other actors and see what you can get away with,” he added.

Citing the diplomatic fallout from Trump’s unproven claim that Britain’s GCHQ spy agency had tapped his phones during the presidential race, Pinkston suggested that while Trump might have benefitted from deliberately creating uncertainty in business this strategy was not applicable to foreign policy. “There’s no global international government to enforce contracts so they have to be self-enforcing. In that setting your reputation and your credibility are of paramount importance,” he said.

Meanwhile in Beijing this weekend Tillerson struck a more conciliatory tone with China, emphasizing the need for co-operation. Trump places “very high value” on communications with Xi and looks forward to “the opportunity of a visit in the future,” Tillerson said.

Tillerson’s comments came at the tail end of an Asia tour that signaled that U.S. patience with North Korea was at “the edge of breaking point,” and underscored Washington’s desire for a results-driven, constructive bilateral relationship with China, according to Zhu Feng, professor of international relations at China’s Nanjing University.

Asked whether discussions over North Korea could pave the way for genuine U.S.-China rapprochement, Feng suggested that it was likely because China is “now facing the new reality of the DPRK.”

“Kim Jong Il was realistic in that he preferred to use the nuclear program as a negotiating chip,” he told TIME. “But Kim Jong Un totally changed and said he’d never give up the nuclear program. We have to adapt to such a reality.” 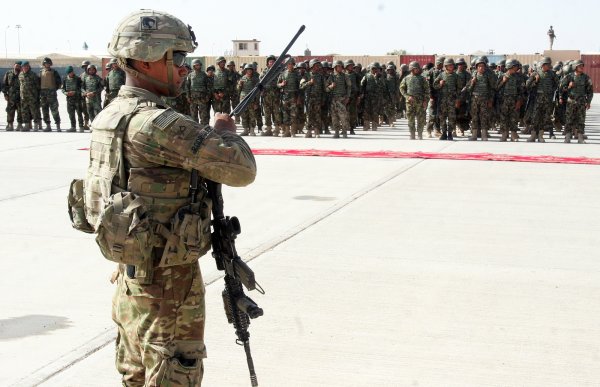