Tim Allen said he enjoys going on “both sides” of the political spectrum as a comedian, but compared rhetoric in Hollywood surrounding President Trump to Germany in the 1930s.

“You’ve gotta be real careful around here,” he said during an appearance on Jimmy Kimmel Live! “You get beat up if don’t believe what everybody believes. This is like ’30s Germany. I don’t know what happened. If you’re not part of the group, ‘you know what we believe is right,’ I go, ‘Well, I might have a problem with that.'”

Allen, who hesitated before confessing he attended Trump’s inauguration, is one of the few celebrities in Hollywood who has been outspoken about his conservative views. During the 2016 election, he lent his voice to an ad for Republican pr candidate John Kasich.

In November, Allen told Fox News host Megyn Kelly: “What I find odd in Hollywood is that they didn’t like Trump because he was a bully. But if you had any inkling that you were for Trump, you got bullied for doing that. And it gets a bit hypocritical for me.”

Watch Allen’s interview with Kimmel above. 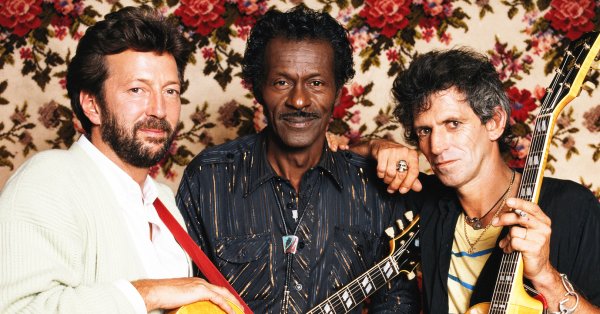 Chuck Berry’s Life in Photos
Next Up: Editor's Pick