Memes, those viral bastions of internet culture, are more than just clicks, likes and jokes — they can function as commentary on the times and in some cases, as veritable cultural touchstones. In fact, in the age of social media, a picture of a crying Michael Jordan can say more than a thousand words.

So it should come as no surprise that memes are now getting the fine art treatment, thanks to an artist named Alim Smith, whose known to his more than 18,000 Instagram followers as @yesterdaynite. Smith’s latest series of paintings feature the most iconic memes of recent history (although all memes probably fall within the recent history range) as seen through what he describes as his “Afro surrealist” style.

Through Smith’s interpretation, everything from the Crying Jordan meme to the Confused Nick “Swaggy P” Young meme becomes an abstract masterpiece. Smith told TIME that he was inspired by the ways that visual culture and social media connect millions everyday.

“I was inspired to paint memes as they, by themselves, represent a powerful form of art,” he said. “Powerful, because they are a connector for millions who use the internet each and every day. [It’s] a visual representation of contemporary culture, and specifically black culture, as it exists in social media.”

Even Uncle Denzel got the Alim Smith transformation. 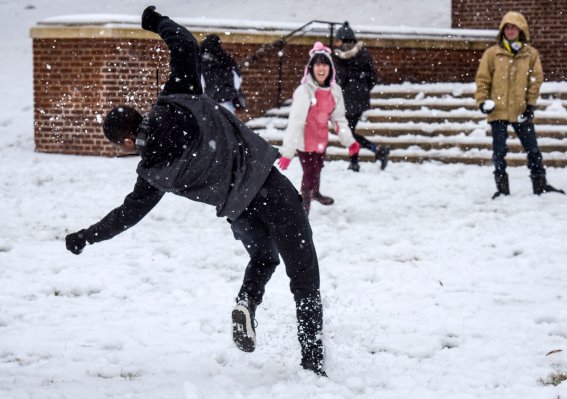 Here are the Funniest Bloopers That Prove Doing the Snow News Is Truly the Hardest Job
Next Up: Editor's Pick