Angela Merkel Asked President Trump to Shake Hands. He Appeared to Ignore Her

At a photo op with German Chancellor Angela Merkel, President Donald Trump said little and appeared to refuse a handshake suggested by the German leader.

In a video of the incident, reporters called for Trump and Merkel to shake hands at the end of the photo op, as is customary during meetings between foreign leaders. Hearing the calls for a handshake, Merkel appears to quietly ask Trump, “do you want to have a handshake?” Trump either does not hear her or ignores her request. They do not shake hands.

Trump has criticized Merkel’s lenient migration policy in Germany as “catastrophic” and Merkel has criticized Trump’s efforts to ban immigrants from Muslim-majority countries. The two leaders were expected to discuss the future of NATO and the EU in their first face-to-face meeting. 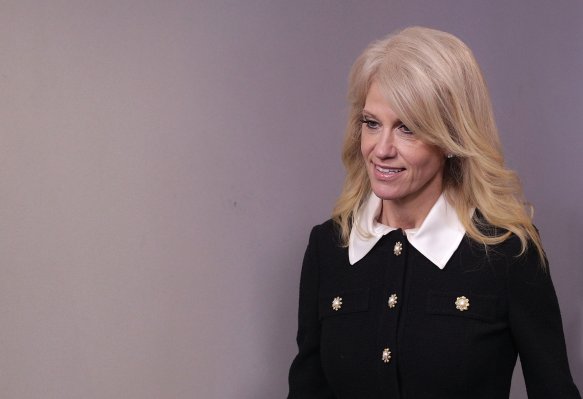 Kellyanne Conway's Husband to Be Nominated to Department of Justice Post
Next Up: Editor's Pick