The Problem With Calling the U.S. a 'Nation of Immigrants'

As President Trump faces yet another challenge to the immigration restrictions he has tried to implement since the first month of his term in office, opponents of his efforts might see a judge’s blocking the restrictions as a victory for an idea that has been expressed repeatedly in the weeks since the original travel ban was issued: that such an order is antithetical to the United States’ identity as a nation of immigrants.

That concept of a “nation of immigrants” has been invoked since the 1950s to advance the notion of the United States as a land of opportunity, founded and built by immigrants. This narrative, according to historian Roxanne Dunbar-Ortiz, emerged within the context “of the social justice activism of the period” (i.e. the Civil Rights Movement), which was instrumental in raising moral consciousness about an immigration system that banned certain groups from entering the U.S. solely on the bases of race. As Dunbar-Ortiz noted, “What emerged to replace the liberal melting pot idea and the nationalist triumphal interpretation of the ‘greatest country on earth and in history,’ was the ‘nation of immigrants’ story.”

But, while it’s easy to see why the narrative might appeal to the President’s critics, it is not without its own critics. The main problem with the “nation of immigrants” narrative is a simple one: it’s not true.

A hint at the problems with the idea made headlines on March 6, the same day Trump rolled out his revised immigration ban, when Dr. Ben Carson’s first speech as the Secretary of Housing and Urban Development described slaves as “immigrants who came here in the bottom of slave ships,” drawing criticism from those who noted that it would have been more accurate to describe them not as immigrants but as trafficking victims. But, as Dunbar-Ortiz posits, the American narrative about immigration has always had an aspect of masking issues such as settler colonialism, slavery and structural inequality, by promoting a benign narrative of American progress.

John F. Kennedy, whose forebears emigrated from Ireland to the U.S. in the 1840s, was the staunchest advocate of this narrative in its early years. He used his office as Senator (1953-1960) and later as President (1961-1963) as a bully pulpit to push for immigration reform that would overturn immigration policy, which at the time centered on a quota system based on national origins, which had been enacted in the 1920s.

Though Kennedy would not live to see immigration reform enacted in 1965, his sentiment was cemented in a book he wrote in 1958, which was published posthumously in 1964 under the title A Nation of Immigrants. Despite the fact that Columbus never set foot on the North American continent known by its indigenous inhabitants as Turtle Island, Kennedy followed the conventional wisdom of the discovery story with the assertion that the country’s history of immigration began with “three ships” sailing “under the Spanish flag commanded by an Italian sea captain and included in their crews an Englishmen, an Irishman, a Jew, and a Negro.” The Negro, according to legend, was Pedro Alonso Nino, who came from a sailing family and piloted the Santa Maria during Columbus’ first voyage. The slave trade is absent from Kennedy’s account. His only mention of slavery was to acknowledge that “Negro slaves” did not have the same freedom of opportunity as their European counterparts. Notwithstanding, they were included within the immigration narrative. As Kennedy asserted, “every American who ever lived with the exception of one group, was either an immigrant himself or a descendant of immigrants.”

Though Kennedy did acknowledge that the indigenous population was the exception, he noted that “some anthropologists believe that the Indians themselves were immigrants from another continent who displaced the original Americans—the aborigines.”

Both Vine Deloria Jr. in his book Red Earth, White Lies and Dunbar- Ortiz in her book “All the Real Indians Died Off”: And 20 Other Myths About Native Americans discuss the inclusion of Native Americans in the nation of immigrants narrative. Their inclusion is often premised on what became known as the Bering Land Bridge Theory, which aimed to explain how the original inhabitants came to occupy the Americas. The Land Bridge Theory, which began to spread in the early 19th century and was popularized in the 1920s, proposed that Asia and North America had at one point been connected, which allowed for peoples of the East to migrate to the West during the original spread of homo sapiens across the globe, in one single mass migration. This theory has long been accepted as fact by many people, even though scientific evidence suggests that in fact migration took place over a longer, earlier spread of time than the theory suggests. Misunderstanding of that past, and the idea that Native Americans came to North America later than they in fact did, has been used against tribes seeking legal redress for infringements on their sovereignty. If, as Deloria puts it, the indigenous inhabitants “were latecomers who had barely unpacked before Columbus came knocking at the door,” then tribal sovereignty could be rendered meaningless.

Case in point, Deloria describes an occasion in the 1960s when California Indians, protesting the Indian Claims Commission decision to file a number of land claims as one complaint rather than as separate claims, were told by former Senator Arthur V. Watkins to “go back where you came from!” In 1973, a woman gleefully told Deloria, after the Bering Land Bridge Theory was Introduced during a court hearing in Nebraska for Sioux Indians involved in Wounded Knee II, “Well dearie, we are all immigrants from somewhere.”

In short, when the U.S. is seen as a “nation of immigrants,” Native Americans are either excluded from the national narrative or included to their detriment.

So where does this leave those who would invoke the “nation of immigrants” narrative in opposition to President Trump’s executive orders on immigration?

While this mythology was effective 60 years ago to bring about immigration reform, its use continues at the expense of indigenous peoples and descendants of slaves. For certain, some Americans are immigrants or descendants of immigrants, but others are descendants of those who were here since time immemorial and others are descendants of those who were kidnapped and forced here against their will. It shouldn’t be necessary to generalize that the U.S. is all about one of those categories in order to acknowledge that all have contributed to the building of this nation in the past, in the present and for the future. 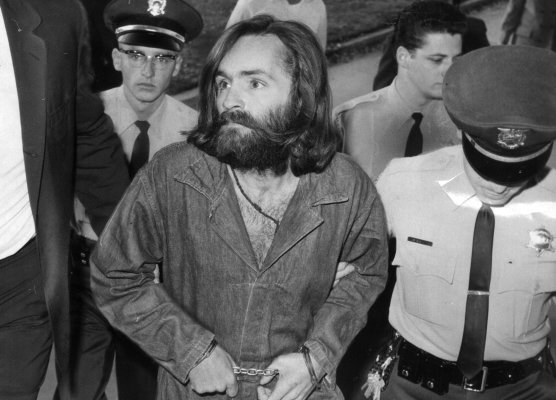 See a Rare Outtake from a Charles Manson Jailhouse Interview
Next Up: Editor's Pick