How the Venom Spinoff Could Change the Spider-Man Universe

A Spider-Man villain named Venom is getting his own movie starring Tom Hardy. The idea for the spinoff, which premieres Oct. 5, 2018, has been gestating for nearly a decade. But now that Spidey is getting another feature — his most recent reboot, Spider-Man: Homecoming, comes out in July — Sony has decided that it’s time to give one of his greatest foes his very own film. Here’s everything you need to know about the character and how he could affect the future of the Spidey-verse.

Venom is technically not a person but a black goo that latches onto a host and imbues him or her with dark powers. In the comics, the goo first attaches to Spider-Man and controls his actions while he sleeps. Spider-Man eventually scares it away with the help of the Fantastic Four heroes. The symbiote later bonds with Eddie Brock, a reporter who hates Spider-Man, and together they became the villain known as Venom. Venom has all of Spider-Man’s powers — except his Spidey senses.

Over the years Venom has found different hosts, and sometimes he’s more anti-hero than supervillain. Venom has even inhabited Rocket Raccoon from Guardians of the Galaxy.

MORE Spider-Man: Homecoming Will Be Like a John Hughes Superhero Movie

He first appeared onscreen in Spider-Man 3.

Remember when Tobey Maguire went emo with those awful side-swept bangs in Spider-Man 3? That was because of the black goo. Like in the comics, it attaches first to Spider-Man, then to Turner (Topher Grace) and becomes Venom. There were so many villains in that much-maligned movie — Spidey was fighting Sandman, New Goblin, Venom and, well, himself — that it became a muddled mess, and fans weren’t exactly clamoring to revisit the sludge that turned the Spider-Man movies into a bad musical.

Sony has been trying to make a Venom movie for a long time.

Sony first announced plans for a Venom spinoff after Maguire’s last outing as Spider-Man and again during the Andrew Garfield era. Both attempts stalled. Now we’re getting a third Spider-Man reboot, this time with actor Tom Holland, so it’s inevitable that Venom is getting another shot. Scott Rosenberg (Jumanji) and Jeff Pinkner (who is adapting Stephen King’s The Dark Tower) are writing the new script.

Sony keeps rebooting Spider-Man to keep the rights to the character, so Holland is the third actor to play Spidey in a little over a decade.

However, Sony hopes this summer’s Spider-Man movie will be more successful than the lower-grossing Andrew Garfield ones because this time the studio is joining forces with Disney and Marvel to fold Spider-Man into the Marvel Cinematic Universe. Holland appeared in last year’s Captain America: Civil War fighting alongside Iron Man, Black Widow and the other Avengers, and Robert Downey Jr. will be showing up as Iron Man in Holland’s standalone flick.

Sony said last year its Venom plans are totally separate from the Marvel Cinematic Universe. It’s unclear whether the Venom film will exist in a separate, parallel universe from the Marvel films or whether it will have to deal with the events of Spider-Man: Homecoming (if not the Infinity Wars saga that will involve all the Marvel heroes).

At this point, we don’t even know if Holland will show up in the Venom movie. The casting of Tom Hardy as Venom seems to suggest Holland won’t costar in the spinoff. Though Venom doesn’t always have to be a Spider-Man doppelgänger, Topher Grace and Tobey Maguire did look alike in Spider-Man 3. Tom Hardy and Tom Holland share fewer physical similarities.

So are we looking at a cinematic Spider-verse?

Yes — for better or for worse. Sony has long nurtured ambitions to create a larger superhero universe, a lá the Avengers for Disney, the X-Men for Fox and the Justice League for Warner Bros. Sony has confirmed that it is developing a Silver Sable and Black Cat project, and there will be more to come. That means more Spider-Man characters or versions of Spider-Man swinging onto the screen, including Spider-Gwen and Miles Morales. 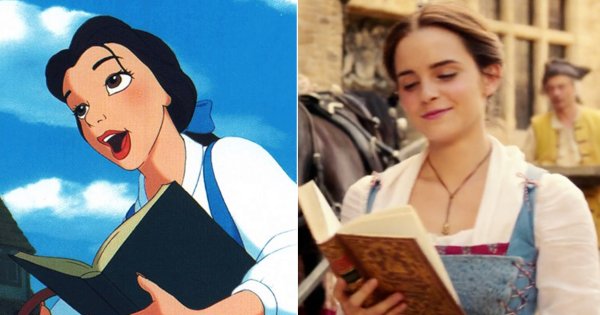 12 Ways the New Beauty and the Beast Is Different From the Original
Next Up: Editor's Pick