4 Republican Governors Came Out Against the GOP Health Care Bill

Four sitting Republican governors have come out against the GOP health care bill.

In a joint letter sent Thursday to the leaders of the House and Senate, the governors of Ohio, Michigan, Nevada and Arkansas argued that the “current version” of the American Health Care Act in the House hurts states.

“It provides almost no new flexibility for states, does not ensure the resources necessary to make sure no one is left out, and shifts significant new costs to the state,” the letter says.

The House bill would freeze the Medicaid expansion in all states by 2020, gradually shrinking the program’s enrollment over time, and cap Medicaid spending on individual enrollees.

The four governors said they support “fundamental reform” of Medicaid, outlining an alternative approach that would give states the option to embrace their own reform or stick with the current formula with less federal money. 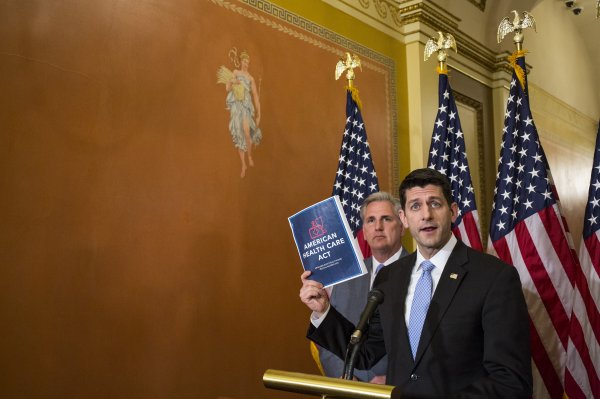