When President Trump accused Barack Obama of wiretapping him when he was a candidate, Obama denied it and Democrats criticized him for levying the claim without evidence. Now, even Trump’s allies are backing away from the accusation.

Although the White House is standing by the claim, key Republican leaders are breaking with the President and mounting pressure for Trump to retract the statement.

Here’s a look at the top Republicans who have distanced themselves from Trump on the issue.

Speaker Paul Ryan (R-Wisc.): “At least so far with respect to our intelligence community, no such wiretap existed,” the House Speaker said Thursday. “We see no evidence of that.”

Sen. Richard Burr (R-N.C.): The Senate Intelligence Committee chairman delivered a joint statement with the panel’s top Democrat Thursday, which said, “Based on the information available to us, we see no indications that Trump Tower was the subject of surveillance by any element of the United States government either before or after Election Day 2016.”

Rep. Devin Nunes (R-Calif.): “I don’t think there was an actual tap of Trump Tower,” the House Intelligence Committee chairman said at a press conference Wednesday. Referencing Trump’s original claims on Twitter, Nunes added, “Are you going to take the tweets literally? And if you are, then clearly the president was wrong.”

Attorney General Jeff Sessions: “Look, the answer is no,” the Sessions said Wednesday when asked whether he had given Trump any reason “to believe that he was wiretapped by the previous Administration.”

Sen. Lindsey Graham (R-S.C.): “We’ll hold up the deputy attorney general’s nomination until Congress is provided with information to finally clear the air as to whether or not there was ever a warrant issued against the Trump campaign,” Graham said on NBC Wednesday, jumping off Judiciary Committee Chairman Chuck Grassley’s saying that the committee would hold up the nomination until it received an FBI briefing on ties between the Trump Administration and Russia. Graham also threatened to subpoena the Justice Department for any evidence wiretapping warrants or applications.

Mike Pence: On March 8, Trump’s own vice president shied away from defending his claim. “What I can say is that the President and our Administration are very confident that the congressional committees in the House and Senate that are examining issues surrounding the last election, the run-up to the last election, will do that in a thorough and equitable way,” Pence said when WEWS asked him whether he believed Obama wiretapped Trump Tower. 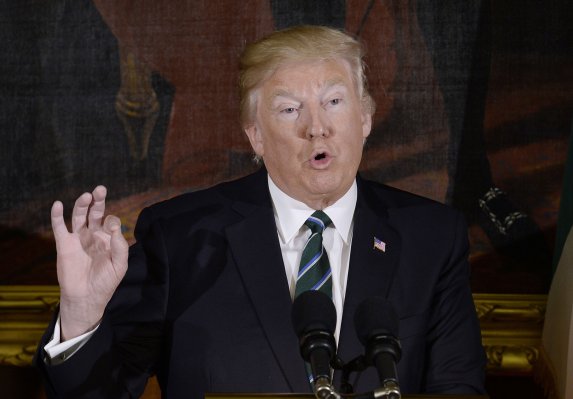