Nintendo is planning to double production of its Switch console, which launched on March 3, due to high demand, the Wall Street Journal reports.

Although Nintendo had initially intended to manufacture eight million Switch consoles, the company is said to produce 16 million during the fiscal year starting in April 2017. That means Nintendo is hoping to sell more than 10 million Switches in a 12-month period, according to the Journal.

Read more: Review: The Switch is the Nintendo System We’ve Been Waiting For

Nintendo of America President Reggie Fils-Aime recently told TIME that within five days of availability, the Switch had cemented itself as the fastest-selling system the company has ever had in the United States — a much-needed success following the Wii U. Nintendo’s previous generation console, launched in 2012, is said to have been the company’s slowest selling console ever.

Nintendo CEO Tatsumi Kimishima has previously said the company will ship two million units globally this month, but the Journal says that number will likely be closer to 2.5 million. The success comes even though the Switch’s roster of games available at launch is notably slimmer than the selection that was available for the Wii U upon its release. In response to TIME’s request for comment, Nintendo said it doesn’t have any updates to share regarding production plans for the Switch.

The Switch, which was sold out at many retailers as far back as January, also comes off the success of Nintendo’s NES Classic. Despite supply shortages, the company sold 1.5 million units of it revamped retro console as of February 2017. 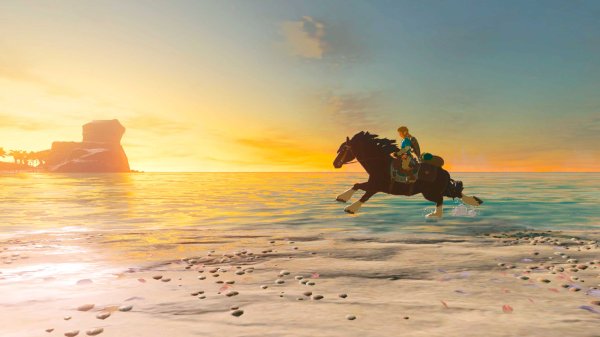 10 Essential Tips for 'The Legend of Zelda: Breath of the Wild'
Next Up: Editor's Pick