President Trump‘s budget director said this week that there is no evidence after-school programs benefit student performance, but several studies have shown otherwise.

Office of Management and Budget Director Mick Mulvaney made the comments during a Thursday press briefing about Trump’s proposed budget, which includes a $1.2 billion cut to after-school and summer programs.

The Afterschool Alliance, which advocates for investment in after-school programs, called the cut “a betrayal” of millions of students and parents.

“This proposal would devastate working families,” Executive Director Jodi Grant said in a statement. “It is painfully short-sighted and makes a mockery of the President’s promise to make our country safer and to support inner cities and rural communities alike.”

Trump’s proposed budget would eliminate the 21st Century Community Learning Centers program, which provides academic enrichment and other services — including nutrition and health education — during non-school hours. The budget bluebrint would still need to pass Congress in order for any of the proposed cuts to actually take effect.

“When we took your money from you to say, ‘Look, we’re going to go spend it on an after-school program,’ the way we justified it was, ‘These programs are going to help these kids do better at school and get better jobs,'” Mulvaney said. “And we can’t prove that that’s happening.”

But a U.S. Department of Education report on the 2013-14 school year, the most recent year for which data is available, concluded that student participation in Community Learning Centers led to improvements in achievement and behavior. Half of students improved their homework completion and in-class participation. More than a third of participants also improved their grades in math and English, according to the report.

And when it comes to after-school nutrition programs, research has shown the academic benefits of alleviating hunger among students.

“Hunger due to insufficient food intake is associated with lower grades, higher rates of absenteeism, repeating a grade, and an inability to focus among students,” the Centers for Disease Control and Prevention said in a report on health and academic achievement, which also noted that inadequate consumption of certain foods and nutrients has been associated with similar results.

Asked at Thursday’s briefing if there were no after-school programs effectively educating children, Mulvaney said he didn’t know.

Most Popular on TIME
1
2020 Is Our Last, Best Chance to Save the Planet
2
What Actually Happened on the Original Bastille Day
3
Coronavirus Map: See How COVID-19 Has Spread 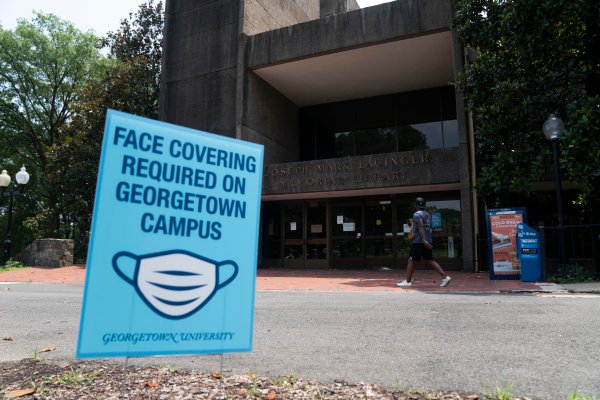