When it comes to socially conscious and preternaturally good looking world leaders, Canadian prime minister and certified dreamboat Justin Trudeau might have some new competition from none other than Jesse Klaver, a progressive young politician from the Netherlands that some are dubbing the “Dutch Trudeau.”

While Klaver, known to his Green Left supporters as “the Jessiah,” says he wants a more “centre-left government” so he might not be on the same political page as Trudeau. But there’s no denying that the two share an uncanny resemblance to one another with rakish good looks and similar tousled hairstyles.

The 30-year-old Klaver, a Green Left political leader, is running for prime minister in the Netherlands; his party recently clinched a victory of an additional 10 seats in the Dutch parliament, bringing their total to 14.

In an interview with the AP, Klaver cited beloved American curmudgeon Bernie Sanders as an inspiration but deflected Trudeau comparisons with some charming self-deprecation.

“I’m very jealous of Trudeau’s muscles, because I’m not as muscled as he is,” he joked.

That didn’t stop the Internet from sounding off on the resemblance, however, resulting in plenty of memorable memes. 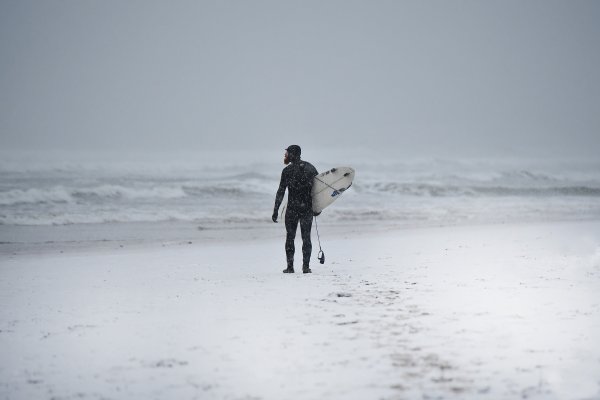 Intrepid Surfer Braves Waves in Middle of Blizzard
Next Up: Editor's Pick